Beck’s anti-Semitism drove him from the airwaves?

So, FOX PAC finally came to the conclusion Glenn Beck’s vitriol was even too extreme for its viewers, and that he was becoming too big of a liability? Well good for FOX, at least its proven it will only sell out so far. 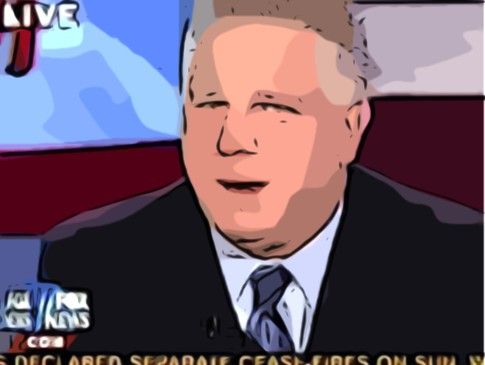 With the end of the Bush/Cheney era of doom and gloom (which was a perfect breeding ground for Beck’s non stop Chicken Little hyperbole), and as the nation’s economic woes began to turn around, Beck’s apocalyptic conspiracies became less persuasive, and his audience began to drift away. With his followers beginning to drift away, Beck did the only thing he could, he became shriller and shriller. Ironically, it was his shrillness which ultimately led to his dismissal at FOX PAC. Of course, when you become too unhinged even for FOX it’s probably well past time to seek some serious professional help.

As Beckies cries became ever more high-pitched he pushed further into the dark corners of conspiracy, urging his viewers to hoard food and stock pile gold in preparation for the end of civilization as we know it, for the time when dogs and cats would be living together.

His deranged tales spun a wild conspiracy theory of the American left being in cahoots with an emerging caliphate in the Middle East. His rantings became filled with anti-Semitic themes backed by the infamous conspiracy theorist G. Edward Griffin – who has publicly argued that the anti-Semitic tract “The Protocols of the Elders of Zion” “accurately describes much of what is happening in our world today”.

But Beckster’s anti-Semitic raves didn’t end there, he’s also described Reform rabbis as “generally political in nature,” adding: “It’s almost like Islam, radicalized Islam in a way.” He’s also regularly attacked Jewish billionaire George Soros, a Holocaust survivor, as a “puppet master” and read descriptions of him as an “unscrupulous profiteer” who “sucks the blood from people.” Beck falsely called Soros “a collaborator” with Nazis who “saw people into the gas chambers.”

On top of attacking Jews, he’s also repeatedly made comments about the President, claiming that President Obama, “has a deep seated hatred of white people,” and is a racist.

It’s all part of what Beck’s FOX PAC colleague Shepard Smith has dubbed the “fear chamber.”

Beck’s career is fast going the way of other broadcasting Dodos, and in losing his mass-media perch, he is following the same path as Father Charles Coughlin, a path that hopefully one day will also be trod upon by Savage, Limbaugh, Hannity and other have wits who regularly spread fear and hate over the airways.