While 45,000 Americans die each year because they cannot afford health insurance, members of the United States Senate continue to prostitute themselves to the John’s of health insurance companies.

Just who are the “top” ten best little health insurance whores in Washington? 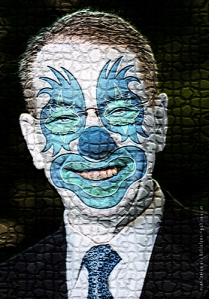 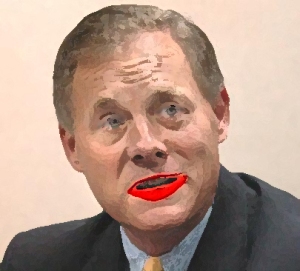 Someone with Johnny’s sexually charged history can’t go for less than $1,100,000 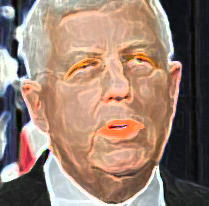 No surprise of course that eight of the top ten are Republicans, but Nelson should be ashamed and Lieberman should just go away, as should Senate Majority Leader(?) Reid if he can’t get the Democratically controlled Senate to do the right thing. But, if 45,000 Americans would die without health coverage, no doubt those opposed to helping them would declare, “if they’re going to die, they had better do it and decrease the surplus population”.

Lead or Get Out of the Way

President Obama and Senate Majority Leader Reid, lead or get out of the way!

Does Joe Lieberman have pictures of the two you playing golf with Satan?

What does it take for you to strip him of his committee chairmanship? His seniority in the Senate? His membership in the Democratic Caucus ? He needs to be called into an office and told to play ball or lose it all. He is not an advantage to either of you, to the Democratic majority or to his country.

45,000 Americans are dying every year because they can’t afford health care!

45,000 AMERICANS ARE DYING EVERY YEAR BECAUSE THEY CAN’T AFFORD HEALTH CARE!

Lead and take care of business or not only will you lose your political positions, but the blood of each and every American who dies will be on your hands.

On November 25, 2009, GOP spokes mouth Rush Limbaugh expressed his hope that the Cadets at West Point would overthrow the duly elected government of the United States by taking President Obama hostage while he was there on December 1st to deliver his speech to the American people outlining his strategy for ending the war in Afghanistan.

Sorry Rush, the Cadets remained true to their oaths and didn’t start the coup you hoped for.

You see Rush, unlike yourself, Hannity, Beck, O’Reilly, etc, who never served in any of the United State’s armed forces, the Army Cadets of West Point have sworn an oath to protect and defend the constitution against all enemies foreign and domestic, and you don’t do that by starting a coup. Lucky for you we don’t live in the United States you claim we live in or you’d be in a gulag in North Dakota by now for speaking sedition. Thank God for the First Amendment, eh El Lushbo.

Posted by PEB on December 2, 2009 in Lunatics, Politics

Corporal Tillman – Defensive Back for the NFL’s Arizona Cardinals – enlisted in the U.S. Army following the terrorist attack on 9-11-01. He was killed by friendly fire while serving as an Army Ranger in Afghanistan in 2004. Within a day of Tillman’s death, McChrystal was notified that Tillman was a victim of fratricide. Shortly thereafter, McChrystal was put in charge of paperwork to award Tillman a posthumous Silver Star for valor. 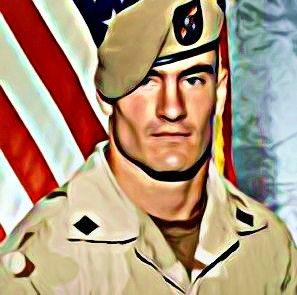 On April 28, 2004, six days after Tillman’s death, McChrystal approved a final draft of the Silver Star recommendation and submitted it to the acting Secretary of the Army, even though the medal recommendation deliberately omitted any mention of friendly fire, included the phrase “in the line of devastating enemy fire,” and was accompanied by fabricated witness statements.

On April 29, 2004, McChrystal sent an urgent memo warning White House speechwriters not to quote the medal recommendation in any statements they wrote for President Bush because it “might cause public embarrassment if the circumstances of Corporal Tillman’s death become public.” McChrystal was one of eight officers recommended for discipline by a subsequent Pentagon investigation but the Army declined to take action against him.

McChrystal also served as commander of what Newsweek termed “the most secretive force in the U.S. military,” where he maintained a very low profile until June 2006, when his forces were responsible for the death of Abu Musab al-Zarqawi, leader of Al-Qaeda in Iraq. After McChrystal’s team successfully located Zarqawi and called in the air strike that killed him, McChrystal accompanied his men to the bombed-out hut to personally identify the body.

McChrystal’s Zarqawi unit, Task Force 6-26, became more well-known for its interrogation methods, particularly at Camp Nama, where it was accused of abusing detainees. After the Abu Ghraib torture and prisoner abuse scandal became public in April 2004, 34 members of McChrystal’s the task force were disciplined, but he was not.

Having deliberately taken part in falsifying an award, and in knowingly covering up the death of a U.S. soldier, plus having commanded a task force that abused detainees, how can anyone truly trust the man who is in charge of the United State’s war effort in Afghanistan?

Clearly we now live in a time when the words, duty, honor and country are merely that, words. Clearly the much publicized seven Army Values, values such as respect and integrity, in reality, have very little “value” to men such as Gen. McChrystal, even though one point of the Soldier’s Creed of the United State’s Army clearly states, “I serve the people of the United States and live the Army Values.”

According to the Army Values, “Integrity” means to “Do what’s right—legally and morally”.

“The American people rightly look to their military leaders not only to be skilled in the technical aspects of the profession of arms, but also to be men of integrity. People of integrity consistently act according to principles—not just what might work at the moment. People of integrity do the right thing not because it’s convenient or because they have no choice. They choose the right thing because their character permits no less.

“Conducting yourself with integrity has three parts: Separating what’s right from what’s wrong; always acting according to what you know to be right, even at personal cost; and saying openly that you’re acting on your understanding of right versus wrong.”

I’m finding it difficult to understand how anyone serving in today’s United State’s Army, much less as a General Officer can reconcile his part in lying and covering up the death of a soldier and the Army’s definition of integrity.

The Army Values define “Respect” that you “Treat people as they should be treated”.

“Army leaders honor everyone’s individual worth by treating all people with dignity and respect.”

“Respect for the individual forms the basis for the rule of law, the very essence of what makes America. In the Army, respect means recognizing and appreciating the inherent dignity and worth of all people. This value reminds you that your people are your greatest resource.”

Clearly the Army’s definition of “respect” is different for the man who commanded a task force known for abusing detainees.

I’m also finding it difficult to understand what value this General still has to his country. How is his appointment to lead the new surge in Afghanistan of any worth to our country’s efforts there? Clearly he is a man without integrity, without honor and who does not respect others. If he did so, he would have resigned rather than lie to Pat Tillman’s family and to his country.

President Obama was wrong in placing him in command. He should have asked for his resignation, as well as the resignation of any other leaders who have in any way likewise soiled the reputation of the Army or of the United States. There are other men and women in the Army who can command and who still believe in what our country and in what our military stand for.

Posted by PEB on December 1, 2009 in Afghanistan