Twenty-eight days to go until Election Day and Vice President Joe Biden continues pounding Donald Trump in all current polling. Polls taken after the first debate show Biden with a double digit lead over Trump. The world continues spiraling downward through the covid-19 pandemic with more than 7,467,186 confirmed cases in the United States, including Trump and his wife, as well as three GOP Senators, and more than 210,355 deaths. In spite of having contracted covid-19, Trump continues to claim the disease is no worse than the flu, and that Americans “shouldn’t be afraid of it.”

So, with a mere 28 days until November 3rd, where do we stand?

As far as the national race for the White House is concerned, according to recent state polling data available, if the election was today, odds are that Vice President Joe Biden would be the 46th President of the United States, while Trump, who forever remains the third impeached president in U.S. history, will go down as one of the unequivocally second-rate persons to ever sit in the Oval Office.

Posted by PEB on October 6, 2020 in Uncategorized

Tags: Bunyip, Today's word is, Trump is a bunyip

Based on his number of days thus far, by the end of his term, Trump will have spent 454 days on vacation after four years. He is without a doubt one of the laziest people to ever sit in the Oval Office. If God forbid, he makes eight years, based on how many days he’s vacationed so far, Trump will have spent 908 days. Surpassed only by George W. Bush.

Posted by PEB on November 29, 2018 in Uncategorized

After listening to the fake president continuously go on and on about how he can’t fix immigration because of the Democrats, I decided to make this primer for him 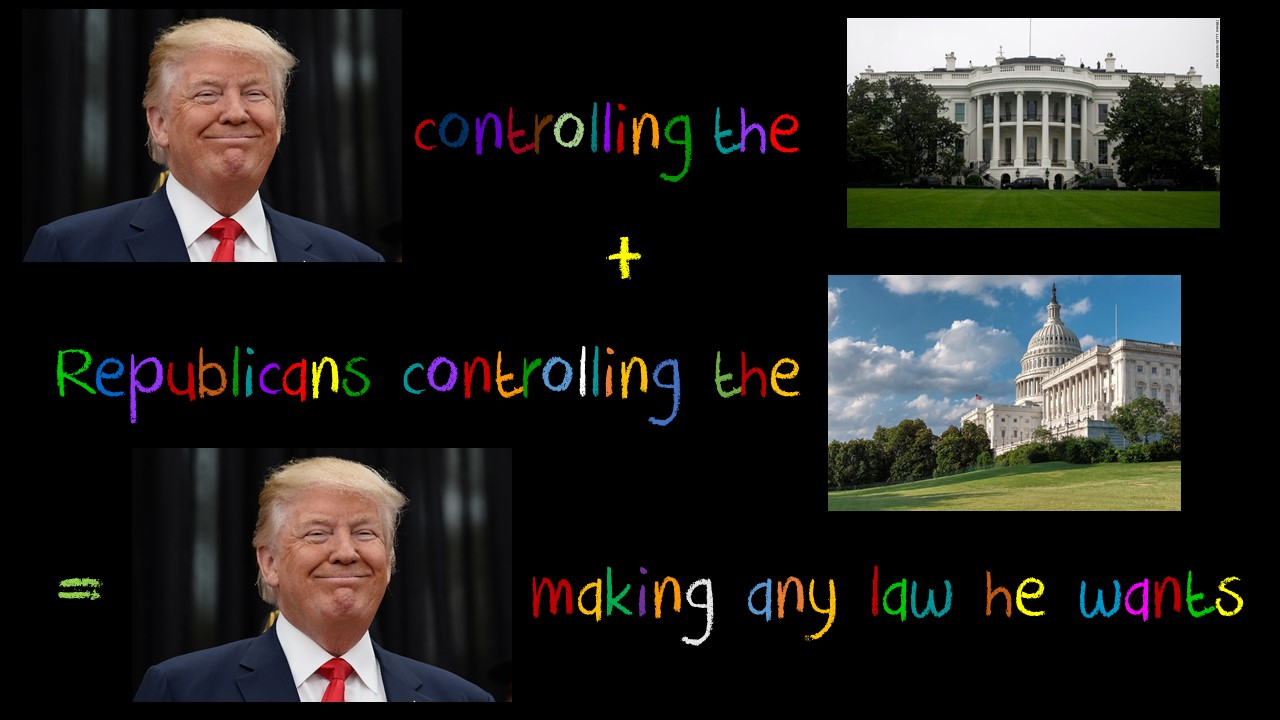 Posted by PEB on October 25, 2018 in Uncategorized

Posted by PEB on September 23, 2017 in Trump Presidency, Uncategorized

Forty-seven Republican Tea Party (GOTP) members of the United States Senate have written an open letter to the leadership of Iran.

The 47 GOTP Senators – aka the Gang of 47 – are led by a very freshman senator from Arkansas, Senator Tom Cotton, who is so new to the Senate he probably has to still ask directions to the men’s room. Like other brash junior GOTP senators – think Cruz, Rubio and Paul – Cotton is walking around shooting from the political hip and shooting himself in the foot, and a whole lot of his associates in the majority party. He has not taken the time to learn what the Senate does, nor what its role and responsivities are under Article I of the Constitution. It appears doubtful the freshman senator has ever read the Constitution, and if he has he certainly does not understand it. The Senate, for example, does not have purview over foreign relations except when the Executive sends it a treaty – after it has been negotiated – to ratify. Utilizing its Constitutional power of “advice and consent” it may debate and wrangle with the President concerning the treaty, but it may not negotiate with foreign countries. In fact, it is against federal law for the Senate to contact foreign countries and discuss foreign policy in any way, shape of form.

In 1798, a state legislator – George Logan – from the Commonwealth of Pennsylvania took it upon himself to privately negotiate with France during a period of United States history known as the “Quasi War.” The Federalist members of Congress were so angered by Logan’s self-appointed mission, they passed the Logan Act in January of 1799.

Not only have the Gang of 47 committed a huge act of overreach of its authority, it is also clearly in violation of the Logan Act. The little group has committed one of the greatest political acts of stupidity possibly in the annals of the United States Senate.

Although it should be abundantly clear to anyone the Senators in question had no authority to send any kind of correspondence to the leaders of another country, just in case anyone still thinks the Congress has the right to interfere, let us remove all lingering doubt.

The Supreme Court in 1936 ruled in United States v. Curtiss-Wright Export Corp. (1936), “[T]he President alone has the power to speak or listen as a representative of the nation. He makes treaties with the advice and consent of the Senate; but he alone negotiates. Into the field of negotiation the Senate cannot intrude, and Congress itself is powerless to invade it.” The Senate “cannot intrude” and the Congress “is powerless.”

Technically, the President could ask the Justice Department to investigate whether the Gang of 47 committed any crime with its letter and could seek prosecution. Probably not something the President will do. The real problem for these GOTP members of the Senate is they look like rank amateurs and fools and have made their country look foolish as well.

Additionally, there is a very real political problem will be for those members of the Gang of 47 who have Presidential aspirations. Senators Ted Cruz (who can never be president), Marco Rubio and Rand Paul have all just proven – beyond a shadow of a doubt – their foreign affairs experience is somewhere between pre-K and Second Grade. One day these very junior senators will have to debate some adults, and when they do this letter will come back and bite them very deservedly in their political buttocks.

One last bit of reality for the Gang of 47 – and its groupies. The ongoing negotiations with Iran are not bilateral – meaning between the United States and Iran – but are multilateral. The United States is one of half a dozen nations negotiating Iran’s nuclear future. Currently involved in the discussions – besides the United States – are Great Britain, China, Russia, France and Germany, under the auspices of the Treaty on the Non-Proliferation of Nuclear Weapons or NPT, and as such any agreement could only be changed, or nullified, if all the signatories agreed to do so, not simply if the United States Congress, or some future GOTP President decided to so. The NPT became part of international law in 1970, being extended indefinitely in 1995. Any agreement reached through the negotiations would be a United Nations’ Security Council Resolution, and not something any future U.S. President or any member of the Congress has the authority to undo.

Maybe next time Senator Cotton thinks he needs to write a letter – along with his buddies – to another country’s leaders he’ll ask a responsible adult if it’s OK first.

The above picture has been making the rounds on social media. It claims that because Muslims invaded “Christian” lands almost 1,400 years ago that today’s Muslims cannot claim to be victims, this is a premise based on ignorance and shrouded in hate.

Millions of Jews were slaughtered throughout history at the hands of “Christians.”

Millions of Native Americans were slaughtered from the time Conquistadors arrived in the New World under the cross of “Christianity.”

Millions of Africans were enslaved under the guise of “Christianity.”

Too many innocents have suffered and died in the name of religion.

I have served alongside members of the military who are followers of Islam, and I have taught many students who follow the teachings of Mohamed. They are some of the finest people I have been blessed to know. Their religion is NOT a religion of violence.

Ignorance is not bliss; it is simply ignorance. Those who claim to be Disciples of Christ do not make threats against others because of which Holy Book they choose to read, or because of which Prophet – or Prophets – they choose to follow. They do not run secret prisons and torture people while spouting platitudes of “Freedom” and then attending Christian Church Services the next Sunday.

“An eye for an eye will make the whole world blind,” said Mohandas Gandhi, and we are a world blinded by fear and hate. A world staggering in blood.

Posted by PEB on February 6, 2015 in Uncategorized

God never wanted to be in the White House, or the Congress or the School. Man wants his version of God in those places. If God inspired the Constitution and Bill of Rights there is no other way to believe. You cannot have it both ways.

You cannot believe God inspired the First Amendment only to keep Congress out of Churches, and is OK with forcing religion on everyone else, whether through worship or through laws. You see, Shariah Law is Shariah Law whether administered by radical Islam or radical Christianity, it is the same.

If your opposition, or favor, of any secular law is “Because God says so” then you are in opposition to the very principles God established when He inspired the Founding Fathers.

God does not want forced worship or devotion, that is not His plan, but it is someone else’s.

Posted by PEB on September 6, 2014 in Uncategorized 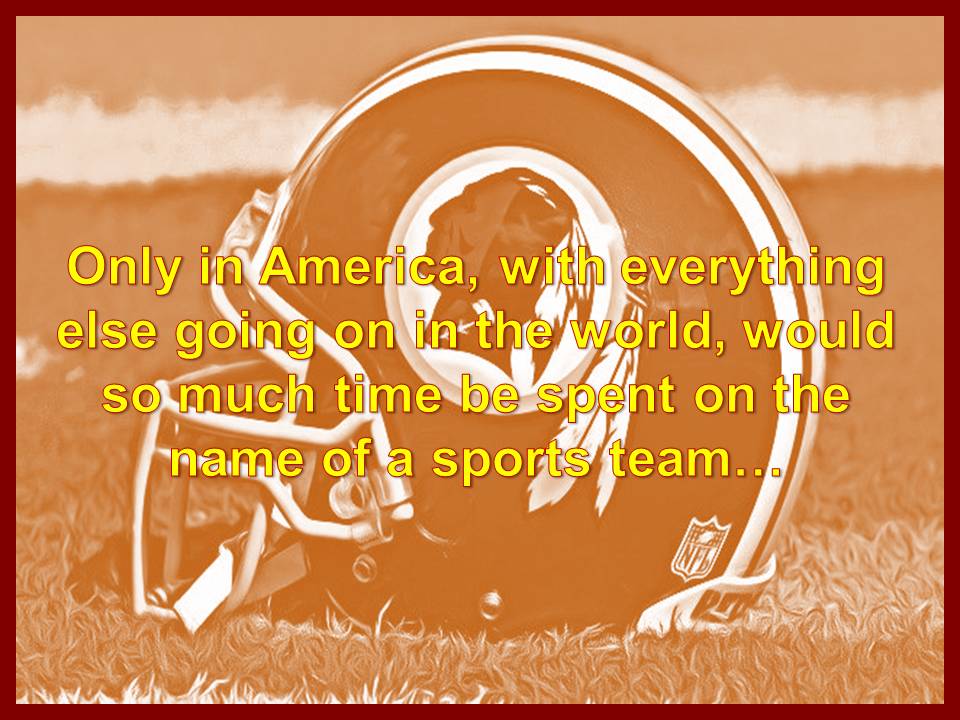