So, playboy Republican Senator John Ensign of Nevada has finally decided he should leave the Senate. Really? What has taken the sleaze ball this long? Why Now? Why? Because now he’s facing a very public, incredibly embarrassing ethics investigation. 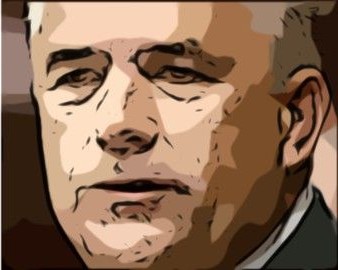 Ensign is insisting he’s done nothing wrong, but said he can’t expose his family and constituents any longer to the intense focus on his extramarital affair with a former staffer and the ethical allegations clouding that relationship.

The soon-to-be former senator will soon send a letter making his resignation official to Vice President Joe Biden, but the senator may still be vulnerable to questions about his role in the aftermath of the affair. More precisely, questions are still buzzing around the husband of his former lover, who was also a former aide to Ensign, who has been indicted for illegally lobbying the senator’s staff. Yes, Senator Ensign’s staff. Are you kidding me?

Senator Sleazy said he decided to resign – in part – to supposedly protect his family from the pain of an investigation.

Wow. Now you’re concerned about your family? You weren’t concerned about them when you were sleeping with another woman? But, now you are? You’re pathetic. You’re nothing but a slimy little termite, claiming to defend the values of the American family while eating away at its foundation with your affair(s).

Truth is Mr. Ensign, the only reason you’re resigning now is to hopefully give your party a chance to have someone in your seat who can hold on to it in 2012. At least you care about something, besides sex. You were a fast rising star, but – like so many politicians – you spent too much time thinking with parts of your anatomy other than your brain. You should have done the honorable thing and resigned when you admitted your infidelity.