RSS
← Palin is as obtuse as ever regarding American history?
Weiner confesses ‘terrible mistakes’? → 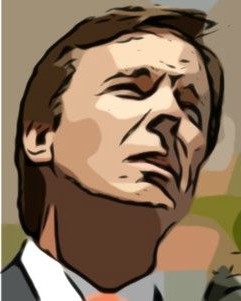 According to the Associated Press, “a federal grand jury indicted two-time presidential candidate John Edwards on Friday over $925,000 spent to keep his mistress and their baby in hiding during the peak of his 2008 campaign for the White House.

‘Edwards knew that public revelation of the affair and the pregnancy would destroy his candidacy by, among other things, undermining Edwards’ presentation of himself as a family man and by forcing his campaign to divert personnel and resources away from other campaign activities to respond to criticism and media scrutiny regarding the affair and pregnancy,’ the indictment added.

The indictment and an arrest warrant were filed in Greensboro, N.C., which is in the district where his campaign was headquartered.

Edwards is a pile of refuse and deserves to go to prison for a very long time. He’s the quintessential example of sleazy politician and has hurt his family, and all those whoever believed him or supported him. Why do men like Edwards, Ensign, Clinton, Newt and others do this sort of sordid thing? Who cares? It demonstrates a clear weakness that should make anyone thinking of supporting them that they cannot be trusted. It begs the questions:

“If you misused your office, or your campaign to cover this up, what else have you covered up”?

Sorry, but if you can’t honor your wedding vows, how can you be trusted to keep the oath you swear as President, as Senator or even as Dogcatcher?

America doesn’t need weak men – or women – in positions of public trust; we need individuals of honor and integrity. If you’ve had an affair you’ve proven you have neither, and need not apply.

← Palin is as obtuse as ever regarding American history?
Weiner confesses ‘terrible mistakes’? →