The Associated Press (AP) is reporting that the same U.S. Navy SEAL team which took Osama bin Laden out has parachuted into Somalia under cover of darkness, crept up to an outdoor camp where an American woman and Danish man were being held hostage, killed nine al-Qaida–linked Somali “pirates” and freed the hostages. 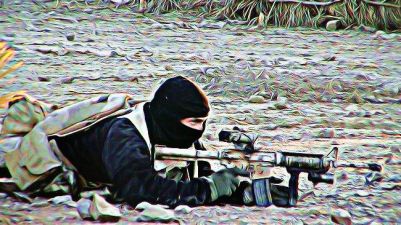 The President reportedly authorized the mission by SEAL Team Six earlier in the week, and minutes after he gave his State of the Union address to Congress he called the former American hostage’s father to tell him his daughter was safe.

The AP says the Danish Refugee Council confirmed the two aid workers, American Jessica Buchanan and Dane Poul Hagen Thisted, were “on their way to be reunited with their families.”

The duo, Buchanan, 32, and Thisted, 60, were working with a de-mining unit of the Danish Refugee Council when gunmen kidnapped the two in October.

The Seals hit the camp quickly, reportedly catching the guards as they were sleeping after having chewed the narcotic leaf qat for much of the evening, killing nine pirates and possibly taking three as prisoners.

The United States confirmed media reports that SEAL Team Six parachuted into the area before moving on foot to the target near the Somali town of Adado.

“As Commander-in-Chief, I could not be prouder of the troops who carried out this mission, and the dedicated professionals who supported their efforts,” President Obama said in a statement released by the White House. “The United States will not tolerate the abduction of our people, and will spare no effort to secure the safety of our citizens and to bring their captors to justice.”