In a letter left behind for his family, a Seattle Marine who was recently killed in the line of duty is providing inspiration to all of us. 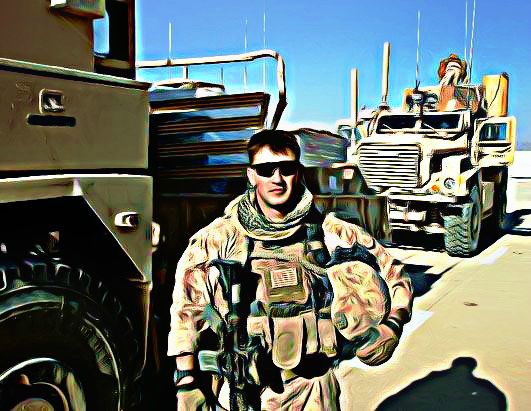 SGT William Stacey was on foot patrol Tuesday in Afghanistan when an enemy bomb went off, killing the 23-year-old.

Though he is now gone, Stacey is still speaking through a letter he left his parents to open in case he didn’t make it home from the war.

“My death did not change the world,” he begins, but where he goes next is startling in its optimism.

This son of teachers, who never loved school but in the Marines he thrived, was just weeks away from coming home after five deployments.

His letter was weighing what would make dying worth it.

“…there is a greater meaning to it,” he writes. And obviously he has seen a lot of kids during his time in the Marines, because he then says: “there will be a child who will live.”

He wrote because of the sacrifice he made, “this child will learn in the new schools that have been built. He will walk his streets not worried … He will grow into a fine man. He will have the gift of freedom …”

In a way, Stacey was writing about a child free to become the man he himself became. And with all the pain this is causing his parents today, these are Stacey’s parting words near the end of his letter, meant to comfort them:

“If my life buys the safety of a child who will one day change this world, then I know that it was all worth it,” he writes.

Words of promise; and those worlds don’t die, they live and wait for the outcome the one Will Stacey died for.