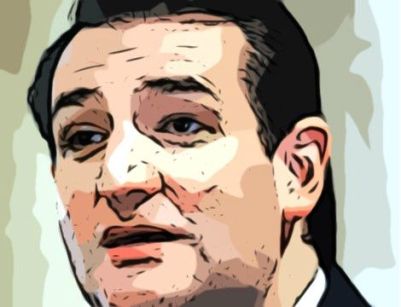 “These guys [newly elected Tea Party candidates]” are going to force Romney to the right,” said Andrea Shell, a spokeswoman for Tea Party group Freedom Works. “That is our entire mission.”

Cruz won the Texas Republican primary Tuesday night, which considering it is Texas is a virtual win in November as well.

His victory appears – at least on the surface – to be the latest in a string of TP candidates to use anti-establishment frustration within the party to overcome the seemingly deep pockets of more “traditional” conservative candidates; meaning it’s possible to defeat money in the general election folks – even the seemingly bottomless pockets of the Koch Brothers.

“If we can elect a really conservative House and Senate that will force Romney to go along with our bold conservative agenda,” Shell said. “He’s going to have to really, really go to the right. He’ll be working with guys in the House and Senate. He won’t be able to get away with too many middle of the road policies, especially on things like the deficit.”

Of course, first you have to be able to elect “a really conservative House and Senate”, which is unlikely; and second, Willard has be elected President, something also increasingly at odds with the current political trends in poll after poll, but certainly something that could change as Americans are nothing if not fickle.

Yeah, but having that “pretty activist opening day” is a long shot at best, and your candidate just doesn’t seem to have the moxie to pull that off.

“You have to think of Romney as having a foot in the Tea Party and a foot in the establishment,” he said, adding, “that’s right where the Republicans want him.”

Yes, Willard’s trying to have it both ways, being part of the TP and part of the more traditional side of the party; problem with playing both sides is sooner or later you have to choose because a “house divided against itself cannot stand” observed on rather famous former Republican President.

The problem with the Tea Partistas is they just don’t want a candidate simply moving their way they want them completely indoctrinated and marinated in the TP way of life. Romney’s already moved so far to the right during the primaries he’s bending himself into a pretzel to show he’s not some right-wing lunatic, and it’s only adding to the political perception that he’s a flip-flopping etch-a-sketch candidate.

As former Democratic Speaker of the House used to say, “All politics are local”; winning a senate seat in Texas is one thing – especially in a deeply red state, taking those fringe far-right bumper sticker talking points and winning a national election for the presidency is entirely different. The TP had one of its own on the ticket in 2008 and the result was a resounding defeat.