RSS
← What did you expect?
Romney on disaster relief … →

Former Secretary of State, and Army General, Colin Powell’s endorsed President Barack Obama for a second term, in a repeat of his endorsement from 2008. 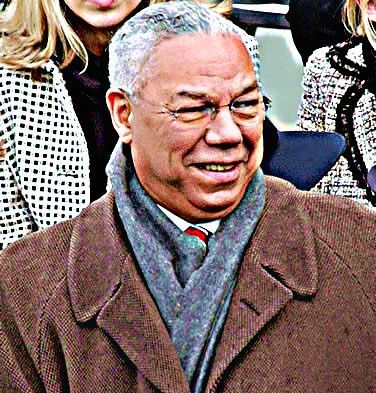 Powell praised the president’s handling of the economy and ending of the Iraq War.

“I think we ought to keep on the track we are on,” he said.

“One day he has a certain strong view about staying in Afghanistan, but then on Monday night (last presidential debate) he agrees with the withdrawal,” the Secretary said. “Same thing in Iraq. On every issue that was discussed on Monday night, Gov. Romney agreed with the president with some nuances. But this is quite a different set of foreign policy views than he had earlier in the campaign.”

President Obama said he was “proud” and “humbled” to learn he has the support of former Secretary of State Colin Powell, “I’m grateful to him for his lifetime of service to his country both as a soldier and as a diplomat,” the President told a crowd of 15,000 during a campaign stop in Virginia. “And every brave American who wears the uniform of this country should know that as long as I’m your commander in chief, we will sustain the strongest military the world has ever known. We will be relentless in pursuit of our enemies. Those are promises I’ve kept.”

Secretary Powell’s a great American hero, and heroes do what’s right for their country even if it means bucking their party to support the right man for the job. Powell’s concerns about Romney’s forever changing foreign policy and never ending tax plan are well founded and any thinking voter should be just as concerned. Unfortunately, there seem to be a lot of voters who just can’t seem to be bothered with thinking.

← What did you expect?
Romney on disaster relief … →