RSS
← How quickly they forget
No Right Turns →

In Iowa, Abortion would be Murder, No Exceptions?

It seems an Iowan State Senator – yes from the Republican Tea Party (GOTP) Rob Bacon and eight equally wing-nut conservative fellows have decided to introduce legislation that would redefine murder, and according to the Ames Tribune, the bill would “alter the definition of a person in murder cases to “an individual human being, without regard to age of development, from the moment of conception, when a zygote is formed, until natural death.” 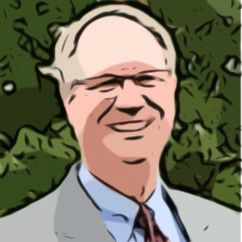 When asked why he would introduce something so idiotic in the 21st Century, Bacon replied, “It’s to protect the life of the unborn; there’s still some of us that believe life begins at conception.”

Essentially Bacon’s bill would make the constitutionally protected right of a woman to terminate a pregnancy illegal.

Bacon said his bill was needed to refocus the party, “I’ve felt long and hard after the last election that we need to change our message. Within our party, we’re going to differ on social issues. One of them is the right to life. There are some who say that we need to ease up on this because it’s not winning us anything. My thought is we can’t let this drop. Even if I’m in here screaming to empty walls, I will always be a voice for the unborn.”

This is the new GOTP – the modern Republican Party – and it’s not the face of America. It’s the face of fanatical uber-conservative white so-called “Christianity”. It’s the face of an angry, frustrated group which doesn’t love the Constitution and which doesn’t respect the rights of women. Please, by all means, continue introducing this type of nonsense; eventually you’ll legislate your party into historical footnote status.

← How quickly they forget
No Right Turns →

2 responses to “In Iowa, Abortion would be Murder, No Exceptions?”