Reasons Why I Cannot Vote for Trump – 8 June Edition

Time for the weekly edition of the ever expanding list of reasons as to why I cannot vote for Donald Trump: 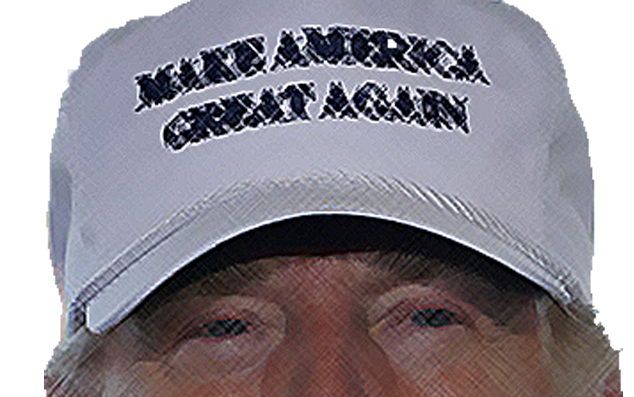 5 June 2016 – Trump doubled down on his racist claims against Judge Gonzalo Curiel when he lied about the Judge saying he was a member of a “club or society, very strongly pro-Mexican.”

3 June 2016 – Trump once again demonstrated his racism when he said a Federal Judge should recuse himself from the Trump U case because of his Mexican heritage.

1 June 2016 – Trump lied yet again when he claimed he’d broken “by millions” the all-time record for votes in a GOP presidential primary election.

31 May 2016 – Lied about fundraising for veterans groups.

20 May 2016 – During an address to the National Rifle Association, Trump claimed it was Hillary’s agenda to “release violent criminals from jail. She wants them all released.”

8 May 2016 – During an interview on Meet the Press, Trump continued to lie, stating the United States is the “highest taxed nation in the world.”

8 May 2016 – During an interview on Meet the Press, Trump ignorantly claimed noncitizens can vote when there is same-day voter registration.

7 May 2016 – Trump lied to a crowd in Lynden, Washington, saying “Hillary Clinton wants to abolish the Second Amendment.”

4 May 2016 – Trump lied during an interview on NBC Nightly News, saying “You look what’s happening with the migration in Europe. You look at Germany; it’s crime-riddled right now.”

3 May 2016 – Trump told a whopper to Fox News when he claims Ted Cruz’s father was linked to the JFK assassination.

2 May 2016 – Trump lied to a crowd when he said he is receiving the “most votes ever in Republican primaries.”

2 May 2016 – Trump lied during an interview on CNN’s New Day, claiming “Frankly, (Hillary Clinton) doesn’t do very well with women.”

27 April 2016 – Trump lied when he claimed during a “foreign policy” speech that,  “ISIS is making millions of dollars a week selling Libyan oil.”

27 April 2016 – Trump lied when he claimed during a “foreign policy” speech that, “I was totally against the war in Iraq, saying for many years that it would destabilize the Middle East.”

11 Nov 2015 – Trump said not only would he not raise the minimum wage but that workers were overpaid in the United States, “wages too high…”

7 Apr 2011 – Trump lied when he claimed President Obama’s “grandmother in Kenya said he was born in Kenya and she was there and witnessed the birth.”

23 Mar 2011 – Trump lied during an interview on ABC’s The View, claiming South Korea doesn’t pay the United States for protecting them from North Korea.

10 Feb 2011 – Donald Trump lied about people who went to school with President Obama claiming they never saw him – part of Trump’s birtherism.

← Just a Thought
No Right Turns →