During the 2012 Presidential campaign President Obama said, “The private sector is doing fine,” which was immediately jumped on by his erstwhile opponent Republican Tea Party (GOTP) 2012 presidential footnote, Willard Mitt Romney, who replied, “I think he’s really defining what it means to be out of touch with reality.” 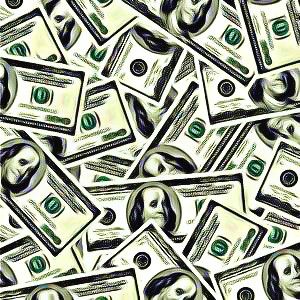 Now of course we know what happened in November, Romney had his political head handed to him on a plate, and the GOTP lost seats in both the House and the Senate, and conservatives still continue to claim the economy is failing. Some people either don’t get it, or won’t get it.

Clearly the economy is in recovery and the following indicators show the private sector is indeed “doing fine”, and all the info – by-the-way – comes from FOX Business:

In the second quarter the following earnings were reported by the private sector: Apple reported $43.6 billion and Walt Disney Co. reported $10.55 billion

The Conference Board’s gauge of U.S. consumer confidence jumped to 68.1 in April from 61.9 in March, easily topping economists’ estimates of 60.8.

A final reading on consumer sentiment for this month rose to 76.4 from an earlier reading of 72.3, according to a survey by Thomson Reuters and the University of Michigan. Sentiment was expected to make a smaller gain to 73.2.

Consumer spending inched up 0.2% in March from February, beating expectations for spending to hold steady for the month. Personal income increased 0.2% on the same basis, falling short of estimates of a 0.4% rise.

The U.S. economy expanded at an annualized pace of 2.5% in the first quarter, up from 0.4% in the fourth quarter, according to a preliminary estimate from the Commerce Department. Economists expected the world’s biggest economy to grow at a pace of 3.0% in the first three months of 2013.

Home prices in 20 major U.S. metropolitan areas climbed 0.3% in February from January on a non-seasonally adjusted basis, beating expectations of a gain of 0.2%, according to the S&P/Case-Shiller report. Prices rose 9.3% from the same month in 2012, also topping forecasts of a 9% advance.

Sales of new, U.S. single-family homes ticked up 1.5% in March from February to a 417,000-unit annualized rate, falling short of the 420,000-unit rate analysts were expecting.

U.S. pending home sales increased 1.5% in March from February, slightly topping forecasts of a 1.0% increase, according to The National Association of Realtors. Contracts to purchase previously-owned U.S. homes are up 7.0% from the same month in 2012.

Inflation at the consumer level fell 0.2% in March from February, compared to expectations of no change. Excluding the food and energy components, prices were up 0.1%, a slightly shallower rise than the 0.2% increase economists forecast. The headline reading climbed 1.5% from the year prior in the smallest year-to-year increase since July 2012.

The Labor Department reports nonfarm payrolls rose by 165,000 in April from March, beating expectations of 145,000. The unemployment rate ticked down to 7.5% from 7.6% for the month, the lowest level since December 2008. Economists expected the rate to hold steady. March’s nonfarm payroll increase was also revised up to 138,000 from a previously reported 88,000.

The Institute for Supply Management Manufacturing PMI came in at 50.7 in April. Readings above 50 point to expansion while those below indicate contraction.

U.S. retail sales rose 0.1% in April from March, beating expectations for sales to fall 0.3%. Excluding the auto segment, sales were down 0.1%, matching expectations.

The U.S. trade gap slimmed to $38.8 billion in March from $43.6 billion in February, coming in considerably narrower than estimates of $42 billion. The measure figures into first-quarter gross domestic product.

So, let’s see, even though the 2012 GOTP presidential footnote claimed President Obama was defining what it meant to be “out of touch with reality” it appears it was he – Willard Mitt Romney, and the entire corps of conservative talking heads – who have defined it.