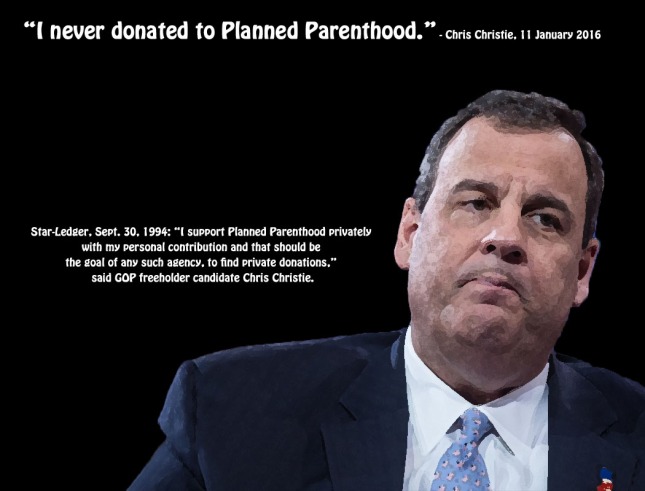 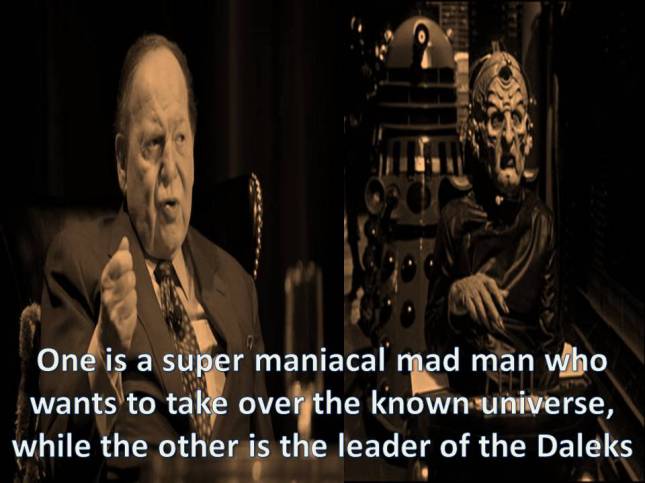 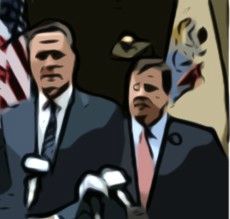 The Associated Press (AP) is reporting that Republican Tea Party (GOTP) darling New Jersey Governor Chris Christie has endorsed Mittens Romney for the GOTP presidential nomination, sending a signal to the skeptical GOTP establishment to fall in line behind the former Massachusetts governor.

“I’m here in New Hampshire for one simple reason: America cannot survive another four years of Barack Obama and Mitt Romney’s the man to lead America and we need him now,” Christie said, standing alongside Romney.

There’s speculation Christie’s endorsement could influence groups Mittens has struggled to win over – a core segment of the GOTP establishment that isn’t enthused by him, and the Tea Party, many of whom view him as insincere on issues they hold dear, and who don’t like him because he’s a Mormon, and since a large portion of the Tea Party is made up of uber-conservative evangelical Christians that’s a big deal.

The AP is reporting Christie has closer ties to the former Massachusetts governor than to other candidates. Romney endorsed Christie when the former U.S. attorney ran for governor in 2009. And in January, he became the first Republican presidential contender to visit Christie at the governor’s mansion in Princeton.

On a conference call later in the day, Christie addressed a supporter’s suggestion that he become Romney’s running mate.

“That’s going to be Governor Romney’s choice,” Christie said. “I’ve told him my only interest is helping him get elected and serving my state.”

He added that he has “every expectation” that he’ll serve the remainder of his term as governor, which expires after the presidential election at the end of 2013.

Christie gets to the chopper? 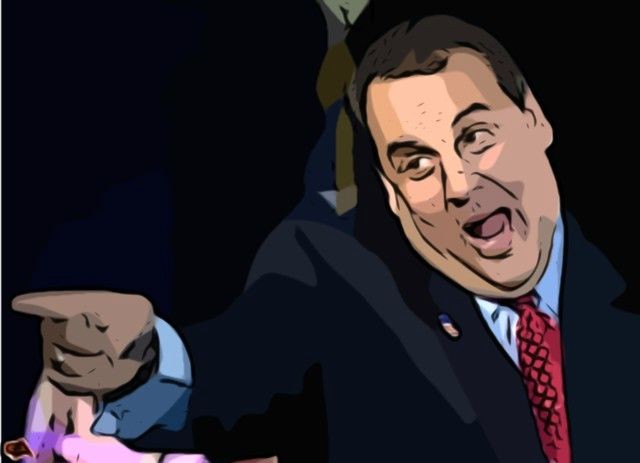 From the, “does this helicopter make me look like a fat head?” department; it seems New Jersey Republican Tea Party (GOTP) Governor Chris Christie, the “shining knight” of GOTP budget cutting and fiscal responsibility is using the state’s helo for private jaunts, including using it to attend his son’s high school baseball game. And people are noticing.

Now if that’s not an understatement I don’t know what is. But then again, Christie is your typical GOTP type. He slashes his state’s budget, drastically cutting public services, and then rides around in the state’s helicopter for personal business. He’s the quintessential new conservative leader. Give to the rich – including yourself – and screw the poor, elderly and middle class. His days  of being able to pass himself off as being fiscally responsible are finished, as may be any aspirations of not only running for the White House but possibly of being re-elected. In today’s world you can’t say one thing and do another. When you prance around wielding a cost cutting knife insisting public employee unions share in the state’s fiscal austerity, and then you fly off to personal events, well, you’re 15 minutes are just about used up. What makes it more interesting is as a federal prosecutor, he cracked down on elected officials who misused public funds. Should there be a special prosecutor appointed to see what the Governor’s up to?

And in this time of fiscal trials, after being caught red-handed abusing state monies will the governor reimburse the state of New Jersey? Of course not! The governor’s spokesman, Kevin Roberts, has declared that the governor has no intention of paying anything back, and that he will not reimburse the state for Tuesday’s chopper ride. “The use of air travel has been limited and appropriate,” he is quoted as saying in The Star-Ledgerof Newark.

How exactly is flying to your son’s baseball game “appropriate” Mr. Roberts? Were you “beaned” by fly balls repeatedly as a child?

According to AP reports it’s just a trifling little sum, “state helicopters cost $2,500 an hour to operate. Col. Rick Fuentes, superintendent of New Jersey’s state police, said in a statement there was ‘no additional cost to taxpayers or the State Police budget’ for the ride to Montvale in Bergen County.”

So, you were heading to the game Colonel and offered to give the governor a ride? How exactly is there no “additional cost to taxpayers or the State Police budget”? Is everyone in New Jersey’s finest as morose as you?

Ah, but wait for it, if you thought the helicopter ride was outrageous, it appears once at the game Christie and his wife, Mary Pat, along with an aide, were picked up in a car, driven by a state trooper, and chauffeured to the bleachers — a distance reportedly about 100 yards — and then only watched the game for a few innings?

Are you kidding me? You fly to the game in a state helo (a personal flight) and then you are driven the whopping distance of 100 yards to the bleachers, and you don’t even stay for the whole game!? How much did it “not” cost the people of New Jersey to have a State Trooper standing by to drive the governor to the stands!? That Trooper couldn’t have had better things to do!? Like, oh I don’t know!? Catching crooks maybe!?

So, just out of curiosity Colonel, how many times has the governor used the state’s rotary wing asset since being elected?

Fuentes said Christie has used state helicopters 35 times since taking office, but did not detail which trips were personal and which were for state business.

Didn’t detail which trips were personal and which were for state business!? Excuse me!? Did you hit your head – numerous times – when you were a child!?

Patrick Murray, director of the Monmouth University Polling Institute, told the AP that the governor’s judgment is being questioned.

“He has been asking everyone else in the state to pull themselves up by their bootstraps and share in the sacrifice of all these budget cuts to education and so forth,” Murray told Bloomberg News. “There were so many pieces to this that should have screamed out, ‘Don’t do it!’ It makes the governor seem that he’s tone deaf.”

Seem like he’s tone deaf!? No, it makes him look like the hypocrite he is. He’s a liar and a hypocrite; and everyone around him – to include Col Fuentes and Mr. Roberts – need to resign for covering up for him. There needs to be a special prosecutor appointed and the New Jersey State Legislature needs to look into impeaching this moron. How dare you cut and slash education funds and then fly around Peter floggin Pan! You’re a disgrace and you need to understand it’s time for you to shut your pie hole on anything to do with ethics or fiscal responsibility. Now, just go away.