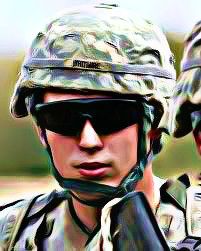 The Department of Defense announced the death of a soldier who was supporting Operation Enduring Freedom.

PFC Justin M. Whitmire, 20, whose home of record is listed as Easley, S.C., died 27 Dec 11 in Paktia, Afghanistan, of injuries suffered from the detonation of an improvised explosive device.

Whitmire deployed in support of Operation Enduring Freedom in July 2011.