The Huffington Post’s reporting Republican Tea Party (GOTP) presidential front runner Willard Mittens Romney has a new definition of “not much”, it’s $362,000; and what’s more amazing is Mittens finally admitted the effective tax rate he’s been paying for the last several years is “likely below” that of middle-class workers, which would also include members of the military. 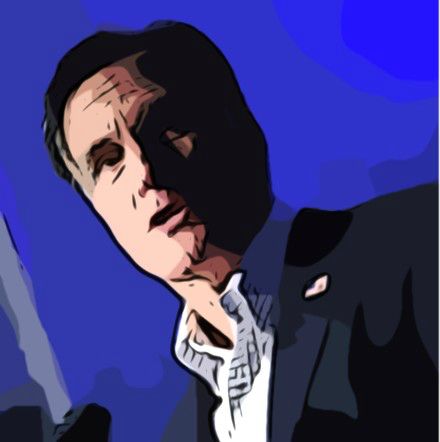 Romney was asked at a campaign stop what his effective tax rate is. It was also a very hot topic of discussion at Monday night’s debate, at which Romney repeatedly declined to fully commit to release his tax returns.

“It’s probably closer to the 15% rate than anything,” Mittens mewed. “For the past 10 years, my income comes overwhelmingly from investments made in the past, rather than ordinary income or earned annual income. I got a little bit of income from my book, but I gave that all away. Then, I get speakers fees from time to time, but not very much.”

And exactly how much is not very much to someone like Willard? Oh, it’s not very much, according to a report in USA Today, over the course of a year, Mittens eeked out a mere $362,000 in speakers fees — a period during which he joked he was “unemployed.”

And what is the spoiled rich boy’s estimated wealth? Well, it’s supposed to be in the neighborhood of between $190 million to $250 million; but wait, that’s not all, when Mittens left his much publicized “employment creating” position with Bain Capital in 1999, he reportedly negotiated a retirement package guaranteeing him a percentage of the firm’s profits. Thus, he’s still earning money from some of the more outrageous takeovers in Bain’s portfolio; you know, like the notorious KB Toys takeover and bankruptcy where the robber barons of Bain made millions while employees lost their jobs, retirements, everything.

Now for the icing on the cake, according to the Congressional Research Service, persons earning more than $35,350 in income pay a 25% tax rate on any earnings above that amount, and many families earning less than $100,000 per year pay an effective tax rate just above that, but Mitten’s wealthy welfare comes from a loophole in the tax code – written by fellow millionaires in Congress – taxing long-term capital gains at a lower 15% rate. Private equity executives are then “paid” with capital gains instead of regular income. Thus the alleged “job creating” executives, like Romney, report (legally lie) to the Internal Revenue Service they weren’t being reimbursed a salary for work they performed but instead were merely investors reaping the rewards of risk taking.

Once again Mittens proves he’s nothing like the 99% of us who aren’t paying taxes at a 15% tax rate, and who don’t look at $362,000 at being “not much”; for most Americans that’s not only a lot of money, it’s a fortune, it’s more than ten years salary. Romney’s a fraud; he’s the rich kid who in the words of the late Texas Governor Ann Richards was “born with a silver foot in his mouth”.