This past weekend Republican Tea Party (GOTP) presidential wannabe Willard Mitt Romney ordered coffee ice cream at a Nantucket eatery, but back in January, according to news reports, his staff ejected a man from a Florida rally for holding up a sign with the word “coffee” written on it. 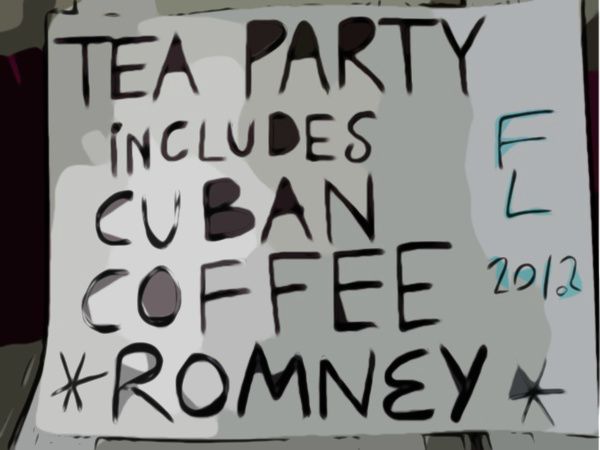 Alan Reynolds, a Romney supporter showed up to the Hialeah rally holding up a sign which read, “Tea Party includes Cuban Coffee Romney”. Once Romney’s staffers spotted the sign Reynolds was escorted away from the scene.

It’s more than a little disturbing when more and more people are removed from campaign rallies these days when they ask uncomfortable questions of candidates, or when they hold up signs with “coffee” written on them, especially from conservative rallies where they’re supposed to worship the Constitution. Makes you wonder if they’ve ever read it.

While being escorted out, Willard’s staff told Reynolds the sign was offensive saying, “Romney doesn’t drink coffee. It’s against his religion.”

This just makes the whole “coffee ice cream” incident all the more strange; you’ll kick someone out of a rally for holding up a sign with the word “coffee” on it because your candidate doesn’t drink coffee, but then say eating coffee ice cream is no big deal? If nothing else it points to the fact – yet again – that neither Romney, nor his staff, is apparently ready for the White House. Someone should hold up a coffee sign at the next Romney rally just to see what happens, perhaps now coffee is more acceptable to Willard? Has he acquired a taste for the forbidden drink since running for President, or did someone decide it would make him more human to order coffee ice cream?

It’s stupid to remove someone from a rally because they hold up a sign that might offend the Mormon candidate because it says “coffee”, but it’s even more stupid when that candidate orders coffee ice cream. Not ready for prime time.

For Romney, as a Latter-day Saint, coffee is forbidden, but coffee ice cream OK? 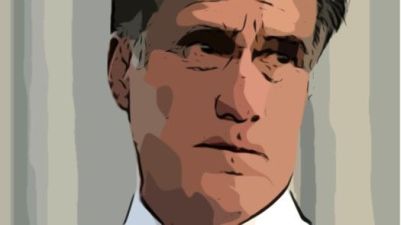 Over the weekend Romney ordered coffee ice cream at Millie’s restaurant in Nantucket when he bought treats for his staff and mingled with diners.

Has no one ever told Romney the flavoring in coffee ice cream is derived from the same beans coffee is? That in fact, the flavoring comes from brewing coffee? It’s the same as drinking coffee; it’s not some kind of a free pass for Mormons.

Reportedly it’s not clear if Romney took more than a bite or two as he shook hands and posed for pictures in the crowded and buzzing vacation eatery, but that doesn’t matter; why is the first Latter-day Saint presidential candidate ordering coffee ice cream to begin with? It doesn’t make any sense, and it’s one more apparently obtuse thing this so-called candidate has done to require some serious questions into his character. Either you live the standards of the Church you claim to believe or you don’t. If you’re a faithful member of the LDS Church you don’t go around ordering coffee ice cream.

Romney’s aides apparently shrugged off the ice cream choice, saying the candidate can have whatever kind of ice cream he likes, which of course is not entirely true; if you’re a Latter-day Saint you don’t order coffee ice cream anymore than you walk into the local Pub and order an O’Doul’s. Appearances do matter, it just appears while running for office Romney’s devotion to his Church doesn’t.