RSS
← Hillary Clinton is a Worthless Bitch?
What’s in a Handshake? Or Presidents Meet with Bad People? →

Jack Ryan, Your Country Could Have Used You

This evening, listening as the contents of memo after memo was read, revealing how dark, sinister and twisted the Bush Administration really was when it came to authorizing and using torture, I found myself hoping there was just one hero. Just one person in either the Defense Department or the CIA who on some level said no; who on some level said, “This is wrong”; someone like Tom Clancy’s hero Jack Ryan. 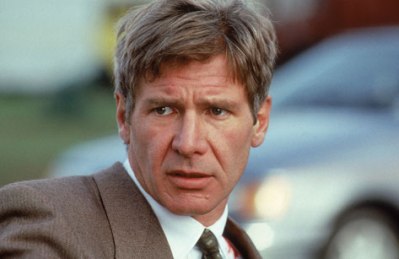 But as the memos keep arriving, and as the digging goes deeper, the realization sets in that there were no Jack Ryans, or John Clarks, in the Bush Administration, just room after room and department after department of Robert Ritters and James Cutters.

I shed the first of many tears this evening, as I heard how torture was used to trump up the so-called 9-11/Iraq connection in order to justify America’s invasion of the latter. I cried for my friends, my comrades, my brothers and sisters, who have paid the last full measure of devotion in defense of their country believing in their leaders. Believing in men and women who are not worthy to lace up the boots of those they sent off to die.

I cried as I realized that unless my country prosecutes those responsible to the fullest extent of the law we will forever be stained with this abuse of power, this abuse of trust, this abuse of all that was good and sacred in our country.

I cried when I realized that unless there is a Jack Ryan out there somewhere, who stood up and said no; then my country, and all for which has stood for two hundred years is gone, and everything that is left behind is a mere shadow; an after thought of what it was before.

Jack Ryan, your country could have used you.

← Hillary Clinton is a Worthless Bitch?
What’s in a Handshake? Or Presidents Meet with Bad People? →