RSS
← President would be frightened to debate Newt?
No Right Turns →

Michele Bachmann thinks she was the “Perfect Candidate”?

The Huffington Post’s reporting that former Republican Tea Party (GOTP) presidential “never had a prayer of being the” candidate Michele “Krazy” Bachmann is trying to stay relevant weighing in on the remaining horses in the GOTP race declaring she – above all the others – “was the perfect candidate,” even after having her political butt handed to her in every debate and in every primary, 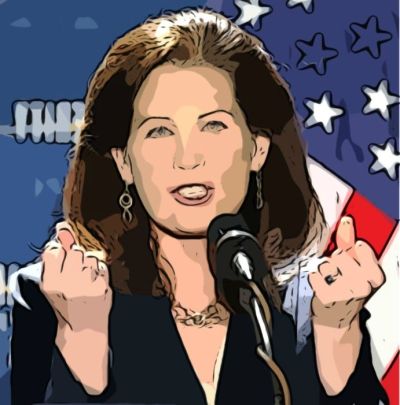 Asked by Bloomberg TV’s Al Hunt who of the remaining four candidates was the “most conservative,” Bachmann responded by including herself in the mix.

“I was. I was the perfect candidate,” Krazy answered absolutely straight faced. “America had their chance with the perfect candidate. But any of our candidates are going to be acceptable to the American people, and more than acceptable, because right now, if you look at the Gallup map that came out this week, President Obama is in big trouble all across the country.”

Clearly she hasn’t bothered to take the time to look at any honest electoral map, or she wouldn’t be so fast to say that, but then again this is Krazy, and she declared over and over again how any of the candidates could beat the President.

Bachmann also said she was happy with what the remaining candidates were saying on the issues she’d tried so hard to promote during her ill-fated run for the prize.

Bachman’s crazy, she’s a loon and like Palin has no real credentials to have ever thought she belonged in the big leagues; she’s a mediocre Congresswoman who isn’t playing with a full deck, and her shrill voice isn’t missed on the debate stage.

If you’re feeling the need for the equivalent of water-boarding your brain, here’s her complete tortured interview: http://www.bloomberg.com/video/85700634/

← President would be frightened to debate Newt?
No Right Turns →