RSS
← There should be no apology to Afghanistan?
Santorum’s kidnapping the nomination? →

Today the four horsemen are doing battle in Arizona and Michigan for the Republican Tea Party (GOTP) presidential nomination while Maine’s primary still has yet to be finalized. 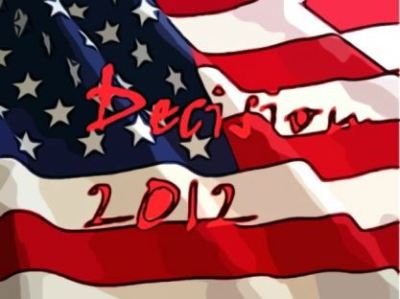 In Arizona’s Winner Take All Primary with 29 delegates the new PPP (D) poll of likely voters conducted 26 Feb 12: Romney 42; Santorum 26; Gingrich 18 and Paul 11 with 3% undecided. Clearly Mittens is going to take Arizona, the only question remaining is, how much?

In Michigan’s Hybrid Primary with 30 Delegates a new PPP (D) poll of likely voters conducted 26 -27 Feb 12: Santorum 38; Romney 37; Paul 14 and Gingrich 9 with 2% undecided. This shouldn’t even be close for Romney, but it’s a clear indicator of how much he’s disliked amongst his own party, even in his home state.

Georgia Proportional Primary with 76 delegates; SurveyUSA poll of likely voters conducted 23 – 26 Feb 12: Gingrich 39; Romney 24; Santorum 23 and Paul 9 with 5% undecided. Newt is showing a second wind, at least in his home state – for the moment.

Virginia Hybrid Primary (where only Romney and Paul are on the ballot) with 49 delegates; a new CNU/Times-Dispatch poll of likely voters conducted 4 – 13 Feb 12: Romney 53 and Paul 23 with 24% undecided.

The regular season records for the gallant candidates: Santorum 4; Romney 3; Gingrich 1 and Paul 0 with Maine still unbelievably yet to be determined.

Nationally the GOTP Nomination according to the latest Gallup Tracking poll of registered voters conducted 22 – 26 Feb 12: Romney 32; Santorum 28; Gingrich 14 and Paul 12 with 14% undecided.

So, how does each of the Four Horseman of the GOPocalypse stack up against the President? The latest Politico/GWU/Battleground poll of likely voters conducted 19 – 22 Feb 12; if the general election were held today:

← There should be no apology to Afghanistan?
Santorum’s kidnapping the nomination? →