Woman Denied Right to Speak at Contraception Hearing’s a ‘Slut’?

Right wing uber-conservative blow hole, Rush Limbaugh has once again shown his red neck classless upbringing calling the woman who was denied the right to speak at a controversial contraception hearing a “slut”. 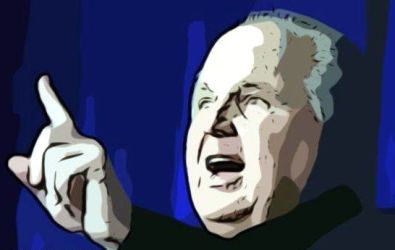 Limbaugh’s current sexist target is Sandra Fluke, a student at Georgetown Law School, who was invited as a Democratic witness at a Congressional hearing about the Obama administration’s contraception policy. However, Darrell Issa, the uber-conservative Republican Tea Party (GOTP) committee chair at the hearing, prevented her from speaking, while only allowing a series of men to testify about the policy. Who in their right mind would think the GOTP House would, should or could be so openly obtuse and think no one would notice?

Reportedly Fluke was allowed to eventually testify before a Democratic hearing, and spoke about the need for birth control for both reproductive and broader medical reasons. She testified in particular a friend of hers who needed contraception to prevent the growth of cysts.

“Can you imagine if you were her parents how proud…you would be?” he said. “Your daughter … testifies she’s having so much sex she can’t afford her own birth control pills and she wants President Obama to provide them, or the Pope.”

Personally, I’d be very proud of either of my daughter were testifying about their rights before Congress.

Limbaugh needs to pull his head out of his fourth point of contact; if she was my daughter I’d be immensely proud, and I’d have already popped him square in his blow hole and served him with a law suit.

Where’s the outrage? Where’s Laura Ingraham’s call for Limbaugh to be suspended and demand that he apologize to this young lady? Or is it OK to call progressive woman sluts?  I guess it’s just another case of right-wing hypocrisy.