Mitt’s up to his whatsit in pink slime?

From the “why am I not surprised” file, it’s being reported the founder of Beef Products, known for its production of “pink slime,” is – wait for it – a major donor to Republican Tea party (GOTP) presidential “wants it so bad he’ll literally say anything” hopeful Willard Mitt Romney. 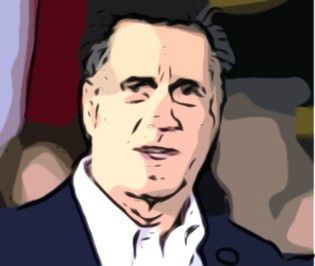 It appears “pink slime” creator Eldon Roth held a Sioux Falls fundraiser for Romney last year and donated $190,000 to Willard’s campaign in 2010, Politico reports, and as it turns out, Roth  also donated to Romney’s 2008 campaign.

But, what really adds sauce to the goose is Willard held Roth up as the classic American business success story in his definitive 2010 autobiography, “No Apology,” aka “I’m Fabulously Wealthy and You Suck Because You’re Not”:

“America’s industries and domestic markets are, in fact, breeding grounds for innovation. A young Eldon Roth held a blue-collar job in a cold-storage plant where beef was frozen soon after it was butchered. His idea: Instead of slowly freezing the meat in walk-in freezers, why not place the beef on conveys and pass it between two supercold drums, instantly freezing it to lock in flavor? Eldon now owns a very large jet. Far more important than that, he has created hundreds of jobs.”

You can almost hear his Mind Captain add, “as well as having created a beef-like substitute for the masses made from the low cost fattier parts of whatever is left over after we get our prime cuts, treated with ammonium hydroxide”.

Of course this won’t trouble Romney, it’s not like the donation’s really big or anything, it’s only a trivial amount; and as far as the pink slime goes, what’s the big deal, it’s not like it’s served in America’s prep schools?

One response to “Mitt’s up to his whatsit in pink slime?”