RSS
← No Right Turns
Mitt’s up to his whatsit in pink slime? →

So, the up and down, twisting and turning roller coaster ride also known as the 2012 Republican Tea Party (GOTP) presidential primary tour continues rather than abating with Richard John “Rick” Santorum winning the Louisiana Proportional Primary (46 delegates) with 49% (10 delegates); Willard Mitt Romney 27.7% (5 delegates) and the other two guys were there somewhere. 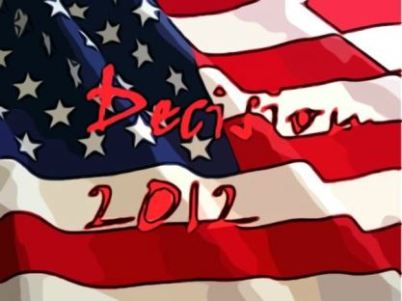 Next up is Wisconsin’s Winner Take All Primary – 3 Apr 12 (42 delegates) where in order to maintain some kind of believability Santorum must win, becoming – according to polls – an uphill battle: new Marquette University poll of likely voters conducted 22 – 25 Mar 12; Romney 39 and Santorum 31.

The regular season primary records for the Confederacy of Dunces stands: Romney 21; Santorum 10; Gingrich 2 and “What’s His Name” 0.

Yes, while Willard is leading with 4,127,917 the harsh reality is more votes have been cast for anyone but him; total of all other votes cast = 6,142,300; yeah he may be winning but it still sucks to be Mitt.

Nationally, the GOTP Nomination according to the latest Gallup Tracking poll of registered voters conducted 24 – 28 Mar 12: Romney 39; Santorum 28; Paul 11 and Gingrich 10 with 12% undecided.

So, how do the four Political Marx Brothers stack up against the President? The latest CNN/Opinion Research poll of registered voters conducted 24 – 25 Mar 12; if the general election were held today:

How big would Willard lose? Well, if the General Election were held today, the Electoral College totals based on current poll numbers:

← No Right Turns
Mitt’s up to his whatsit in pink slime? →