Harvard grad Romney says the President spent too much time there?

According to news reports Republican Tea Party (GOTP) “presumptive” presidential candidate Willard Mitt Romney is accusing President Obama of having spent “too much time at Harvard“. 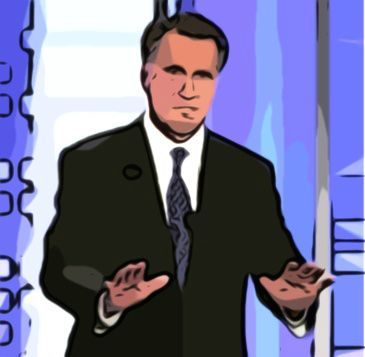 It’s funny how Willard’s repeatedly trying to paint the President as an ivory tower elitist, first as though that’s a bad thing, and second when he’s one, and spent more time there than the President.

Was he for an ivy league education before he was against it? It’s OK for some, but not for others?

Just one more oops moment for the Romney campaign; someone on Willard’s staff really should be checking these kind of facts before allowing the candidate to repeatedly look like a moron – just saying.

And while we’re on this topic, there’s a big difference between a young black man from a lower middle class single parent family working his way to Harvard, and the rich white kid who has it handed to him; so, I’m sorry, who’s the “elitist” Willard?

← President Obama will attack Romney’s faith?
Take our country back? →