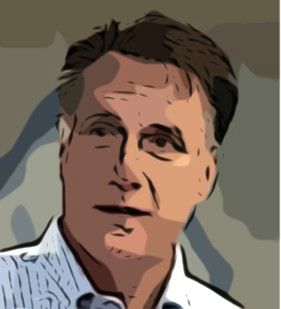 During an interview with WEWS-TV in Cleveland following a campaign stop, Romney reportedly mewed his views helped save the industry.

“I pushed the idea of a managed bankruptcy,” Romney said. “And finally, when that was done, and help was given, the companies got back on their feet. So I’ll take a lot of credit for the fact that this industry’s come back.”

Huffington Post reported that according to the federal judge who presided over Chrysler’s bankruptcy in 2009, the company would not have survived without the bailout. Ford survived without taking a government loan.

“If General Motors, Ford and Chrysler get the bailout that their chief executives asked for yesterday, you can kiss the American automotive industry goodbye,” Willard wrote. “In a managed bankruptcy, the federal government would propel newly competitive and viable automakers, rather than seal their fate with a bailout check.”

Romney also spoke out on his opposition to the government loaning money to the industry in 2009, placing some of the blame on Bush.

“Bailout of enterprises that are in trouble, that’s not the right way to go,” Romney told CNN’s Larry King in 2009. “I know President Bush started it with the auto industry. I thought it was a mistake.”

The President’s campaign team immediately jumped on Willard’s comments, stating Willard was trying to pull a fast one and attempting to “fool” the public.

“Mitt Romney may think he can fool the American people by hiding his belief that we should ‘let Detroit go bankrupt,’ but the American people won’t let him,” Obama campaign co-chair Ted Strickland said in a statement, referencing Romney’s Times editorial. “Mitt Romney seems to think Americans will just forget the past and his very vocal and clear opposition to the successful auto rescue.”

One more example that Willard Mitt Romney’s willing to say – or do – whatever it takes to be elected President; WHATEVER IT TAKES …

← Romney’s Book of Lies – Chapter 2, Obama’s Hollowing of the Navy?
No Right Turns →