Romney’s Book of Lies – Chapter 2, Obama’s Hollowing of the Navy?

Republican Tea Party (GOTP) presumptive candidate Willard Mitt Romney’s pledging that within his first 100 days in office, he’d “reverse the hollowing of our Navy and announce an initiative to increase the shipbuilding rate from nine per year to 15. 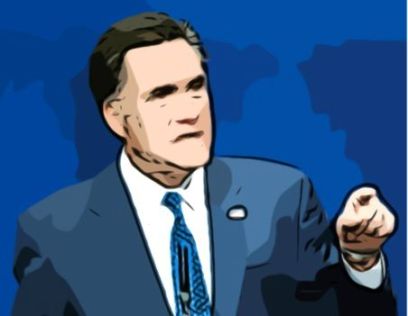 “I will enhance our deterrent against the Iranian regime by ordering the regular presence of aircraft carrier task forces, one in the Eastern Mediterranean and one in the Persian Gulf region.”

Once again, Willard’s view of reality doesn’t measure up; the total number of ships in the Navy has been declining steadily since the 1980s. With the demise of the Soviet Union, the need for large numbers of warships has not been a priority when the military has been fighting small-scale wars with minimal combat at sea. Dating back well into the Bush/Cheney era the Navy has said it needs a minimum of 313 ships to perform its missions. It now has 284 ships, up from a low of 278 in 2007. Hold on now, that’s an increase from the previous President?

Once more, despite Willard’s inference, there’s a full-time carrier presence in the Persian Gulf and has been pretty much since Desert Storm, but while there’s no full-time presence in the Mediterranean, carriers are frequently there for deployments in the Middle East.

So, let’s see; there’s been an increase in ships since President Obama took office; and we’ve had a commanding carrier presence in the Persian Gulf – that would be the area Iran uses incidentally – another couple of lies perhaps, or is Willard truly this ignorant of defense issues and foreign affairs, in spite of trying to portray himself otherwise? It appears Romney’s stuck in 1980 – he believes he’s Ronald Reagan and that President Obama’s Jimmy Carter; the President’s no Carter, and Willard’s no Reagan.