The problem with this new zealous desire to “cut down on voter fraud” is many of these states suddenly concerned about voter ID are requiring government issued photo id’s, such as a valid driver’s license; what if don’t drive? What if you can’t drive? 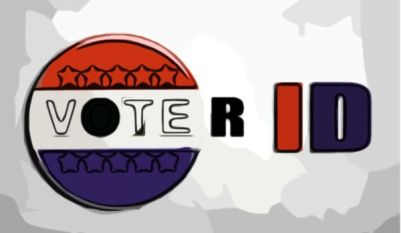 In Pennsylvania – in order to vote – you must possess – a valid driver’s license or another government-issued photo, such as a U.S. passport, military ID, or county/municipal employee ID.

Let’s suppose you’re a natural born citizen, but you’re not a member of the military or a county or municipal employee; to get your driver’s license in Pennsylvania you must have a Social Security Card and one additional certificate proving your citizenship either a certified birth certificate or a valid U.S. Passport.

You go to your desk drawer, dresser, filing cabinet, box in the closet or mason jar buried in the back yard to get your non-laminated Social Security card, but you discover it’s not there, or horror of horrors it’s laminated! Here’s what you have to do:

First, prove your citizenship with a U.S. issued birth certificate (original or certified copy issued by the state) or U.S. passport.

If you don’t have a passport (which most Americans don’t have since you only need it for travelling abroad, and most Americans haven’t done that) you’ll have to produce your original birth certificate, and since many people don’t have those either you’ll have to request a duplicate from the state where you were born – for our example this is Pennsylvania, which will cost you $10.00 (basically a poll tax since it’s needed to obtain a non-laminated Social Security card necessary for voting).

Now to continue your odyssey of obtaining a driver’s license in Pennsylvania, in addition to your non-laminated Social Security card, you must also have one of the following:

A copy of your birth certificate with “raised” seal (if you don’t have it, please see above to obtain a copy and pay your first $10.00 poll tax); it must be U.S. issued by an authorized government agency, including U.S. territories or Puerto Rico. Non-U.S. Birth Certificates will not be accepted … too bad John McCain or George Romney (if he were alive today) both men were U.S. citizens but neither could use their birth certificates in Pennsylvania; or a valid U.S. Passport (which isn’t needed because now you have your birth certificate!).

In addition to obtaining a copy of your birth certificate you’ll also have to pass a vision test and supply a “medical qualification certificate” proving you don’t suffer from neurological disorders, neuropsychiatric disorders, circulatory disorders, cardiac disorders, hypertension, uncontrolled epilepsy, uncontrolled diabetes, cognitive impairment (most conservatives), alcohol abuse (that leaves out most of Congress), drug abuse (that leaves out Rush Limbaugh), conditions causing repeated lapses of consciousness (e.g. epilepsy, narcolepsy, hysteria, etc.); additionally, you can’t have any impairment or amputation of an appendage (shop teachers, severely wounded veterans, or people who’ve been in an accident or who were born with a defect need not apply). If you’re blind or severely disabled you won’t be able to get a driver’s license in Pennsylvania, of course if you’re blind you won’t be able to get a driver’s license in most states.

If you can qualify for the license your additional cost of getting your Initial Permit and Four-Year License (if you’ve never had a driver’s license) is $34.50 (that’s a state issued id needed to vote – that’s a poll tax).

Remember, in Pennsylvania – in order to vote – you must possess – a valid driver’s license or another government-issued photo, such as a U.S. passport, military ID, or county/municipal employee ID. So, if you’re not in the military, if you’re not a county/municipal employee, or if you can’t qualify for – or afford – a driver’s license you’re not allowed to vote in the Commonwealth of Pennsylvania. At best the Republican Tea Party (GOTP) dominated State Assembly’s instituted a new poll tax; while at worst it’s deliberately disenfranchising the poor, elderly and disabled; got to love groups which pound their collective chest swearing their love and devotion for the rights espoused and protected in the Constitution while sticking it to voters.