RSS
← McCain says Ryan as #2 on ticket was ‘A Bold Choice’ just like Palin?
No Right Turns → 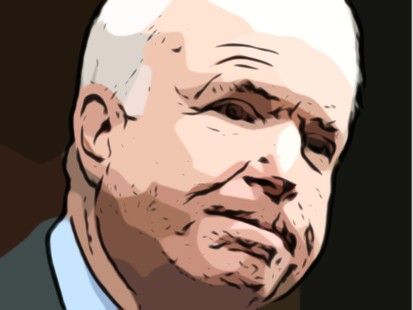 “I am absolutely confident that [Romney] … did pay taxes.” McCain told the Las Vegas Sun. “Nothing in his tax returns showed that he did not pay taxes.”

Of course, we’ll have to take his word for it since neither Romney nor McCain can offer any proof debunking claims Willard’s allegedly neglected to pay taxes for almost a decade, a claim made by Democratic Senate Majority Leader (and fellow Latter-day Saint) Harry Reid. Reid told The Huffington Post a source — a former Bain investor — had told him Romney “didn’t pay any taxes for 10 years.”

Romney, along with conservative talking heads (Limbaugh, Hannity, Huckabee et al.) have been furiously denying the claims, but thus far the proof has been lacking; the proof of course lies in Romney’s tax records and he’s refusing to release those, insisting American voters will just have to trust him when he says he paid “a lot of taxes”.

For Willard the tax question just continues to grow, earlier this week – in a grand show of the hypocrisy for which he is now famous – it was learned he’d required all those being “vetted” as his possible running mates to release several tax returns to his campaign, this of course while he continues to refuse to release any of his. Romney’s going to release his tax records – sooner or later – and it’s going to hurt him, but the continued hiding of what may or may not be there continues to make him look shady.

← McCain says Ryan as #2 on ticket was ‘A Bold Choice’ just like Palin?
No Right Turns →