The campaign season moves towards Iowa, with the country seeming to avoid an armed conflict with Iran, Democratic candidate Marianne Williamson dropped out of the race, and the House Speaker continuing to hold the Articles of Impeachment and Trump threatening to use executive privilege for any witnesses called in his Senate impeachment trial.

So, where are things as we move towards Iowa? Nationally, former Vice-President Joe Biden continues to lead the pack for the Democratic Party nomination.

The Economist/YouGov poll, conducted 5-7 January 2020, of 1,500 adults places the current rankings as such:

In the Morning Consult poll, conducted 30 December – 5 January 2020, surveying over 5,000 registered voters, has the Democratic race lining up thus:

According to recent polling data available, if the election were today, odds are any of the top three Democrat contenders would be the 46th President of the United States, and Trump, who remains the 3rd man in U.S. history to be impeached, will still go down as one of the most hopeless and depraved persons to ever sit in the Oval Office. While Warren and Sanders are losing ground in heads-up polling state-to-state, former Vice-President Biden continues to build his polling lead over Trump. 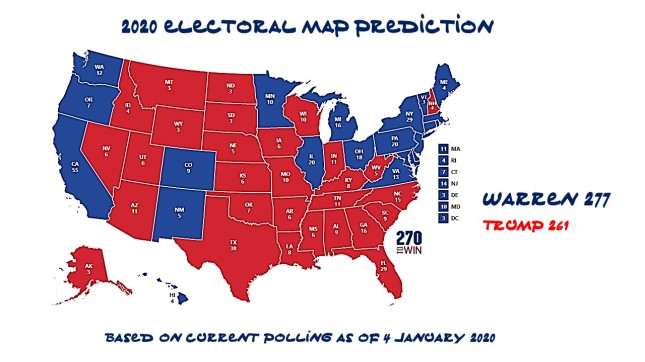 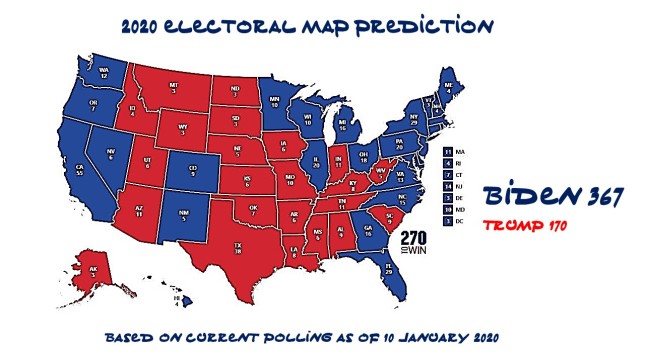