President Obama said, “Somebody invested in roads and bridges. If you’ve got a business—you didn’t build that. Somebody else made that happen.”

Mitt Romney attacked him for it, but then Romney said, “There are a lot of people in government who help us and allow us to have an economy that works and allow entrepreneurs and business leaders of various kinds to start businesses and create jobs. We all recognize that. That’s an important thing. I know that you recognize that a lot of people help you in a business. Perhaps the banks, the investors. There’s no question your mom and dad. Your school teachers. The people that provide roads, the fire, and the police. A lot of people help.”

OK conservatives, Mitt agrees with president Obama there are a lot of people – including government – that help businesses get started, grow and succeed. Now shut your pie holes.

President calls on do nothing Congress to get to work 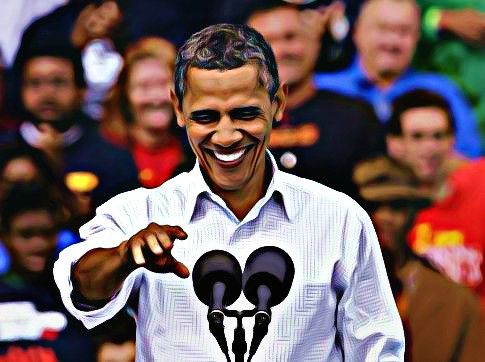 According to the Associated Press (AP) President Obama used a boisterous Labor Day rally to put the congressional Republican Tea Party (GOTP) on the spot, challenging it to place the country’s interests above all else and vote to create jobs and put the economy back on a path toward growth. “Show us what you’ve got,” he said.

The President said roads and bridges nationwide need rebuilding and more than 1 million unemployed construction workers are itching to “get dirty” making the repairs.

His message was that the GOTP Congress is an obstacle to getting that work done.

And judging by the record number of filibusters in the Senate brought by the GOTP minority and by the total lack of any legislation aimed at creating jobs from the GOTP controlled House he’s right. Of course the GOTP House had time to introduce more than 100 odd bills dealing with limiting abortion, and it also managed to hold the nation’s economy hostage during the recent debt ceiling debacle, but hey, it’s tough selling your soul to the uber-right wing.

“I’m going to propose ways to put America back to work that both parties can agree to, because I still believe both parties can work together to solve our problems,” Obama said at an annual Labor Day rally sponsored by the Detroit-area AFL-CIO. “Given the urgency of this moment, given the hardship that many people are facing, folks have got to get together. But we’re not going to wait for them.”

Well, considering its track record thus far, that’s not bloody likely, but if the President can continue to paint the GOTP as roadblocks on the country’s road to recovery he may just win, and win big, including taking the House back and increasing the Democratic lead in the Senate.

The President also wants pending trade deals passed to open new markets for U.S. goods; he wants the GOTP to prove it’ll fight as hard to cut taxes for the middle class as it does for profitable oil companies and the wealthiest Americans.

OK, now that’s just crazy talk; there’s no way the GOTP will ever side with the Middle Class, and by its track record it doesn’t look like the GOTP wants a Middle Class, it wants the wealthy and the serfs just like when the Constitution was signed. That’s the America they want to take us back to, the America before progressives like Lincoln and Teddy Roosevelt got a hold of it.

“The time for Washington games is over. The time for action is now,” the President told a supportive union crowd that Detroit police said was in the thousands. The AP reported the  President’s speech was given at a General Motors Corp. parking lot in the shadow of the automaker’s headquarters building had the sound and feel of a campaign event, with the union audience breaking into chants of “Four More Years” throughout the president’s 25-minute speech.

According to the AP, aides say the President will mount a fall campaign centered on the economy, unveiling different elements of his agenda heading into 2012. If Republicans reject his ideas, the White House wants to use the megaphone of his presidency to enlist the public as an ally, pressure Congress and make the case for his re-election.

The President needs to do exactly that, he needs to use the bully pulpit of the White House and force the GOTP on the defensive. He needs push and push hard and not let up until the House is restored to a Democratic majority, and the Democratic majority in the Senate is enlarged and then he needs to push for the kind of reform the country badly needs including tax increases on the so-called job creators who have been suckling off the country long enough. There’s been a decade of tax breaks, where’s the jobs?