Arch conservative, Republican Tea Party (GOTP) Maricopa County Sheriff Joe Arpaio’s planning to hold a news conference where he’ll no doubt prove beyond a shadow of a doubt just how delusional he really is; he’s claiming he’ll be releasing new findings from his ongoing investigation of President Obama’s birth certificate, which he believes is a forgery.

Reportedly, in an interview with birther-friendly website World Net Daily, the so-called, self-proclaimed, “toughest sheriff” in America says he’ll be revealing new evidence he believes will prove that Obama’s birth certificate and Selective Service documentation are bigger fabrications than he is.

Arpaio held a press conference last month where he unveiled his probe’s “initial findings” claiming there was probable cause to believe the President’s identification documents were forged.

Arpaio’s no class act, this is the same guy who’s currently under federal investigation from the Department of Justice surrounding alleged racial profiling by his department; of course with the substantial resources of the Maricopa Sherriff’s Department we might expect that his next announcement will be that he knows who killed the Lindbergh baby, and where Amelia Earhart’s been the past 75 years. It’s probably nice to know the Sherriff’s most pressing issue is to continue down the rabbit hole of birtherism and that there’s nothing more important to be worried about in Maricopa. Regarding the President’s birth certificate being a phony; who else but Arpaio would be more capable of spotting a forgery, after all he’s been impersonating a law enforcement officer for quite some time now.

A six month investigation into the Maricopa County sheriff’s office has discovered that Sheriff Joe Arpaio has inappropriately spent $99.5 million from two jail funds over the last eight years to pay for other law enforcement operations—including immigration patrols. 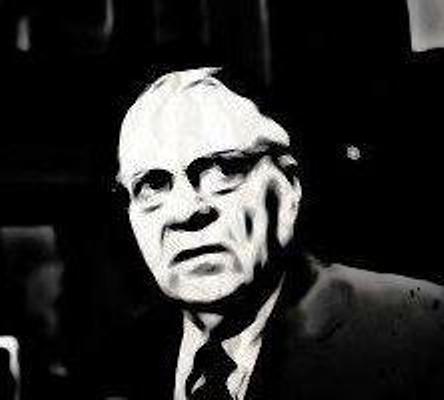 Maricopa County Supervisor Mary Rose Wilcox has told the Washington Post, USA Today and the Phoenix New Times blog, “This is really a disaster for the county … Taxpayers are looking at us and saying, ‘How in the hell did it happen?’…For eight years, [Arpaio has] been signing paperwork that says the budget is balanced, but it’s not.”

The investigation began, after budget officials and members of the county Board of Supervisors suspected that “America’s Toughest Sheriff” was using jail tax money to fund pet projects, such as rounding up undocumented immigrants at places like the Burlington Coat Factory and Pei Wei restaurants, or following county supervisors and judges around in failed public-corruption stings.

OK everyone, can you say, “Cover up”?

Interim Chief Deputy Sheriff Jerry Sheridan said there was nothing criminal about the misplaced funds, which he blamed on an outdated payroll system that failed to track when jail duty officers were transferred to regular patrol.

Yeah, right, just a small clerical error; just a small $99 million dollar error; just how stupid do you think people are? Well, wait a tick, that’s not exactly a fair question, after all almost all of your most ardent supporters spend their days listening to Rush, Hannity, et al, and watching FOX PAC the rest of the day. But, how stupid do you think everyone else is?

It’s clear Arpaio manipulated funds to pay for numerous highly questionable operations against immigrants and anyone who opposed him. Yes, the noble sheriff of Maricopa County has used public monies to fund private little witch hunts against county and state officials who questioned his tactics. Where have we seen a person in power going after anyone who questioned him? Well, besides in any number of Steven Seagal movies? Nazi Germany? Soviet Russia? Sarah Palin’s Alaska?

Arpaio is punk thug, and a bully. He’s not the ideal law man. He’s as crooked as a $3 dollar bill. He’s not a hero, he’s a corrupt little fascist and it’s time for him to step down and turn over the keys to his private little Bastille. But please little Tea Party folk, don’t cry for your hero, he’ll be just fine, I hear Hollywood might be thinking about another Duke’s of Hazard movie – he’d make a perfect Boss Hog.