Conservatives Attack Obama For Referring To Birtherism As “Silliness” 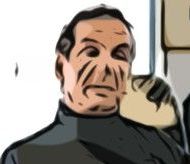 Seconds after President Obama concluded his press conference on the release of his long form birth certificate the right-wing media talking heads began attacking him like a murder of angry crows, and all because he dared to call birtherism “silliness” – well, what is it if not silliness? – but then they – right-wing bloviators – really got steamed when he and the First Lady dared to go to Chicago to film an interview for Oprah, followed by fundraising events. And who do ya think was first out of the gates with an attack? Why it was the fine folks at FOX PAC of course.

Fellow FOX Droid Bret Baier added in response, “And then [he] went to New York for some fundraising.”

Ouch, boy does that hurt. Really? This is what you two have to say? The President calls birthers silly, but what’s more silly in the eyes of FOX PAC contributors? Giving an interview to Oprah and attending fund raisers? That’s it? That’s all ya got? And of course, no Republican President ever attended anything as silly as a fund raiser …

But then the little Leprechaun, Sean Hannity, chimed in “[Obama] Said ‘No Time For This Silliness,” But “He Literally Today Went To Fundraisers [And] Taped Oprah.”

The President “literally” taped a show? He didn’t figuratively tape it?If he does something Sean, then it would be literally. You keep using this word, I don’t think it means what you think it means.

Hannity didn’t stop with this one attack however, the little guy devoted several segments to discussing the president’s release of his long form birth certificate.  During one segment, he said, “The president literally today went to fundraisers, taped Oprah, you know, he said, ‘no time for this silliness,’ he has a lot of important things to do. I don’t think taping Oprah and playing golf and his other extracurricular activities is more important than, say, fixing the economy.”Now see, there you go using that word again, he “literally” went to fundraisers. Gee, Sean, you “literally” keep using the word “literally”.

But,you know, you’re so right Sean, fixing the economy is the most important thing, and how many bills has the Republican Tea Party (GOTP) controlled House introduced with the goal of fixing the economy? (cue chirping crickets) Anyone?

Is this thing on?

That’s right, none. But they have had plenty of time to introduce more than 100 bills aimed at ensuring federal money isn’t used to fund abortions; correcting something that is already prohibited.

Of course no FOX PAC attack would be complete with out the brain trust of FOX & FRIENDS chiming in, and chime in they did, spending several segments bashing President Obama for referring to birtherism conspiracies as “silliness” and then of course his having attended fundraisers and taping an interview for Oprah.

Steve Doocy daringly led the FOX & FRIENDS charge, “That’s right, in the 9:00 hour yesterday, Gretchen [Carlson, co-host], right here on the Fox News Channel, in fact, during a Donald Trump press conference, the President of the United States released his long form birth certificate. He was clearly frustrated. At one point, he said, ‘We do not have time for this silliness. We’ve got better stuff to do. I’ve got better stuff to do. We’ve got big problems to solve.’ Said we didn’t have time for silliness — and then he left to be on Oprah.”

Then in charges the sports guy with his really huge intellect, Brian Kilmeade, “It’s going to be on the last Oprah show, so that was it. He went and taped that. But then it was back to business. Three fundraisers in New York City. So … ”

“No time for silliness,” Doocy chimed.

“Yeah, no time for silliness,” Kilmeade rejoined. “Had to go back to work to campaign when he doesn’t have an opponent in the Democratic primary and won’t have a Republican opponent for about a year, but he wanted to raise money, and he did, in the millions of dollars.”

Riveting journalism there boys, truly riveting. Do you guys stay up all night thinking this stuff up? Because it looks like you just pull it out of somewhere, I don’t know where, but …

But wait, these two Einsteins were followed by the queen of silliness, Michelle Malkin.

“[H]ere we have him — had him have his press conference in DC lecturing us about the need to be serious, and then he turned his heels and immediately went to that serious venue, Oprah Winfrey. And then off to New York City for three very serious campaign fund-raisers. He’s on the job.”

You guys are so on top of this, thanks for keeping the trailer court crowd up to date on what is really important out there. I mean, how would they know what to think about this if you three hadn’t been right in the thick of this story?

Seriously, the President of the United States, the first Black President, is hounded for years to present his birth certificate, just to prove, you know, that he’s really an American, and you three have no problem with that? Jim Crow mean anything to you? Or do you think it’s a brand of whiskey?

But why stop with the morons of FOX PAC when we’ve got over a dozen GOTP members of Congress who are either birthers or won’t denounce the idea that Obama wasn’t born in the United States. So-called lawmakers in at least 10 states have introduced birther bills this year. But, hold on, self-appointed leaders of the birther movement are now saying that even this latest gesture by Obama isn’t enough. Yeah, but it’s not silly, or racist, or anything. Just because none of them will accept any document doesn’t mean they’re racist. No it means they are racist and ignorant. C’mon people, none of the previous 43 presidents has ever been asked to produce proof they were born here, only this guy. Why? First, he’s black, and we can’t have one of them in the White House, and second, he has a Muslim father, and we really can’t have one of them in the White House …

There is no other logical explanation here. If you are among the group of people who proudly call themselves “birthers” you’re a racist. Sorry, but there it is.