RSS
← Is Romney lying or just ignorant?
Mitt Romney wins Maine Caucus – Barely – or has he? →

The current regular season records for the remaining four GOTP candidates are Santorum 4, Romney 3, Gingrich 1 and Paul 0; CAN YOU BELIEVE IT!? Santorum pulled the trifecta – the hat-trick! He swept all three on Tuesday! 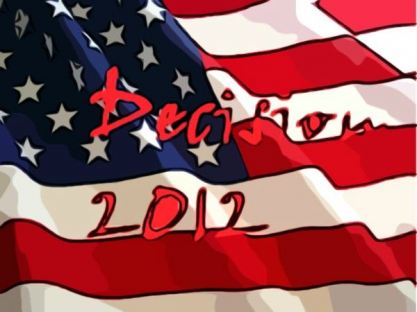 Ricky pulled the surprise upset in the Colorado Non-binding Caucus with 40.2% of the vote and 13 delegates; Romney got 34.9% of the vote picking up 6; Gingrich got 12.8% and picked up 2 delegates, while Paul polled 11.8% and won a whopping 1 delegate.

Ricky also dominated in the Minnesota Non-binding Caucus where he buried Mittens with 45% and 13 delegates. Romney actually placed third behind Ron Paul; Paul garnered 27.1% of the vote and 4 delegates; Mittens won 2 whole delegates with an astounding 16.9% of the vote; placing a dismal last was Newton Leroy who took 10.8% of the vote for 1delegate.

In Missouri’s Primary – which awarded no delegates; those will be decided later with caucuses – Rick surged to victory (sending the opposition packing) with 55.2% of the vote; Romney25.3% and Paul came in third with 12.2%. Gingrich – the dimwitted former Speaker – managed not to be on the Missouri ballot.

Maine’s – week long – Non-binding Caucus with 24 Delegates concludes tomorrow and the last PPP (D) poll of registered voters conducted way back in October is likely to be a lot closer – especially where Santorum’s concerned, charging hard from behind Romney.

Virginia Hybrid Primary (Where the FIX is in and only Romney’s on the ballot) with 49 delegates; Quinnipiac poll of registered voters conducted 13 – 19 Dec 11: Gingrich 30; Romney 25; Paul 9 and Santorum 3 with 33% undecided.

The Current GOTP Delegate Count is: Romney 90; Santorum 44; Gingrich 32 and Paul 13. An interesting thought is if Gingrich and Paul were to step out and throw their delegates to Santorum, there’d be a real contest; but the same could be said if Santorum did the same for Newt; Paul is inconsequential as he’s not a serious contender – meaning he has a better chance of contracting small pox than of winning the GOTP nomination, and frankly Newt’s heading that way now too.

Nationally the GOTP Nomination according to the latest Rasmussen Reports poll of registered voters conducted 06 Feb 12: Romney 34; Gingrich 27; Santorum 18 and Paul 11 with 10% undecided.

So, how does each of the Four Horseman of the GOPocalypse stack up against the President? The latest Rasmussen Reports poll of likely voters conducted 07 – 09 Feb 12, if the general election were held today:

← Is Romney lying or just ignorant?
Mitt Romney wins Maine Caucus – Barely – or has he? →