And finally there was one

According to news reports Republican Tea Party (GOTP) Presidential “never had a chance” hopeful Ron Paul has effectively ended his presidential campaign but urged his fervent supporters to continue working at the state party level to cause havoc for presumptive GOTP nominee Willard Mitt Romney. 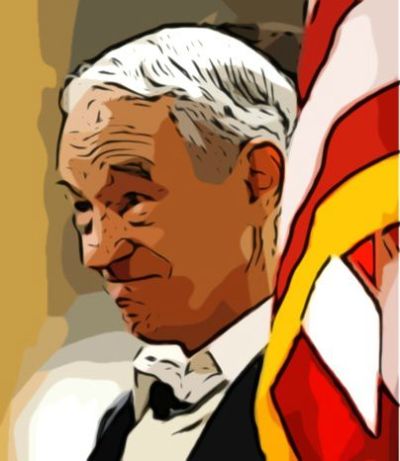 Paul’s urging his libertarian-leaning backers to remain involved in politics and champion his causes and trumpeted how he’s delayed Willard’s expected nomination.

“Moving forward, however, we will no longer spend resources campaigning in primaries in states that have not yet voted,” Paul said. “Doing so with any hope of success would take many tens of millions of dollars we simply do not have. I encourage all supporters of liberty to make sure you get to the polls and make your voices heard, particularly in the local, state and congressional elections, where so many defenders of freedom are fighting and need your support.”

Paul’s supporters have successfully won state GOTP conventions in both Maine and Nevada, and his supporters in Iowa and Nevada were chosen to lead the state central parties.

“Our campaign will continue to work in the state convention process. We will continue to take leadership positions, win delegates and carry a strong message to the Republican National Convention that liberty is the way of the future,” Paul vowed.

While Willard’s disdainfully ignored Paul, and has started campaigning against the President, Paul’s very unlikely to endorse him as there’s just too much on which they disagree and it’s very likely his followers may fall in behind Libertarian Presidential candidate Gary Johnson, which could hurt Romney in November.