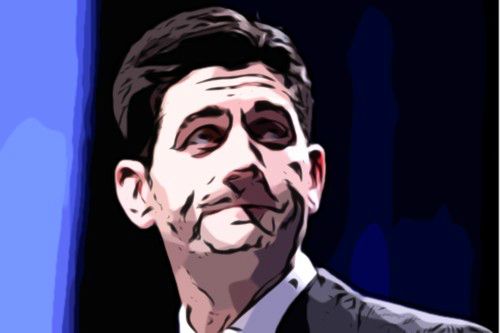 But what brought this line of questioning to the fore front of the 2012 campaign? Blame it on GOTP presidential aspirant Mitt Romney’s “Meet the Press” appearance, where he thrust the cuts squarely into the limelight declaring Republicans had made a “mistake” when they agreed to $500 billion cut in defense spending over the next ten years.

“He’s talking about you because you voted for those cuts, correct?” O’Donnell pressed Ryan.

Ryan defensively tired to claim he’d voted for the cuts because he was trying to find “common ground” with the Democrats in reducing the budget deficit.

But O’Donnell didn’t appear to buy what Ryan was selling pointing out to the Congressman the defense cuts were part of the Budget Control Act Ryan had full throated supported declaring the legislation not only a “victory” but a “positive step forward”.

“The goal was never that these defense cuts actually occur,” Ryan mewed, claiming weakly he supported a sequestration measure, which would have triggered automatic cuts if the so-called supercommittee didn’t reach a deal.

O’Donnell kept up the heat and pressed on saying the act also contained $1 trillion in immediate cuts, including the defense cuts.

“And you also voted for those, and now you’re saying you didn’t vote for them?” she asked.

“Right. A trillion dollars in defense spending, and you voted for it!” O’Donnell shot back.

“No, Norah. I voted for the Budget Control Act.”