Right wing talk radio buffoon Rush “Rusty” Hudson Limbaugh III has decided there’s a reason for why President Obama was able to order Navy Seals into Pakistan to kill Osama Bin Laden; he was able to get Bin Laden, because as Rusty puts it, “What if Ayman al-Zawahiri and other Al Qaeda leaders gave up Osama bin Laden for the express purpose of making Obama look good?” 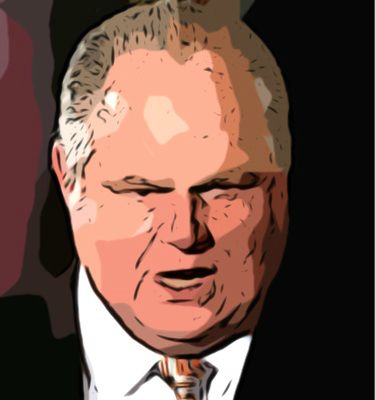 Limbaugh claims his theory has legitimacy because Bin Laden was no longer a key player in Al Qaeda when he was killed, and that the group wanted Obama to remain in power so that it could have a better chance of seeing Israel destroyed, since the president is supposedly so hostile towards Israel.

“Do you think that militant Islamists will be as hopeful of getting rid of Israel with a Republican president or with a Democrat president?” he asked his listeners.

Once again Rusty’s trying to play on the conservative talking point that the President’s somehow weakened Israel, never mind all evidence to the contrary, such as providing Israel with 55 bunker-buster 5,000 pound bombs putting it in the perfect position to take out Iran’s buried nuclear facilities; or that while under the Bush administration aid to Israel steadily declined to $2,424,000,000 and that under President Obama aid to Israel’s on the rise once again with $2,550,000,000 given in 2009 and $2,770,000,000 given in 2010 with continued increase expected through FY 12.

Limbaugh’s proven once again that he’s not only a dolt, but the king of the dolts, making comments which are so far off the norm that only his obtuse audience would believe them. It’s another sign of just how desperate the right is and, that like their candidate, they’re willing to throw everything out there no matter how wild or untrue in an effort to defeat the President. As I said, Limbaugh’s a dolt.