RSS
← No Right Turns
Of drones and assault rifles? →

Holy time warp Batman, according to news reports the United States Attorney General thinks it could use military force to kill an American on U.S. soil in an “extraordinary circumstance”; no we’re not talking about George W. Bush’s administration here, we’re talking about President Barrack Obama’s, but fortunately it has “no intention of doing so,” at least according to a letter from General Eric Holder. 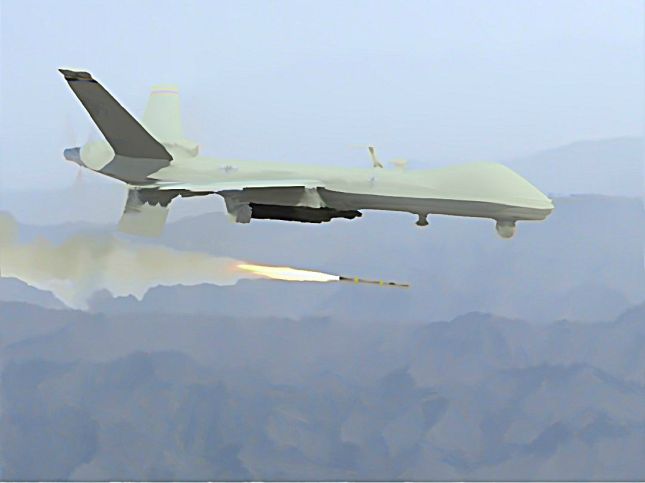 The letter was disclosed by Republican Tea Party (GOTP) Senator Rand Paul, who had asked whether the Justice Department believed the President had legal authority to order a targeted strike against an American citizen located within the United States.

According to Holder, while the President rejected the use of military force where “well-established law enforcement authorities in this country provide the best means for incapacitating a terrorist threat.” Theoretically, it’d be legal for the him to order such an attack under certain circumstances, he claimed.

“The question you have posed is therefore entirely hypothetical, unlikely to occur, and one we hope no president will ever have to confront. It is possible, I suppose, to imagine an extraordinary circumstance in which it would be necessary and appropriate under the Constitution and applicable laws of the United States for the President to authorize the military to use lethal force within the territory of the United States,” Holder wrote.

“For example, the president could conceivably have no choice but to authorize the military to use such force if necessary to protect the homeland in the circumstances like a catastrophic attack like the ones suffered on December 7, 1941, and September 11, 2001,” Holder continued, referring to the Japanese attack on Pearl Harbor and the terrorist attacks on the World Trade Center and Pentagon. Holder said he would “examine the particular facts and circumstances” if such an emergency were to arise.

On this issue the Attorney General needs his head thoroughly examined; there are no legitimate uses of drone strikes within the United States on its own citizen’s, period. There is no “theoretical” for which this would ever apply, period. Would the Attorney General also “theorize” there are legitimate times when the President would authorize the use of nuclear weapons by the government on American soil against its own?

Just as the Bush Administration was wrong on everything from failing to protect the United States against terrorists, to lying about WMDs in Iraq to approving water boarding and torturing of prisoners, so too is the Obama Administration wrong on this. Fix it Mr. President; if we’d wanted more of the same we’d have elected the other guy.

← No Right Turns
Of drones and assault rifles? →