In the midst of Hurricane Sandy recovery, “Fox and Friends” is wondering if NBC’s upcoming fundraiser “Hurricane Sandy: Coming Together,” isn’t secretly a campaign event for President Obama. 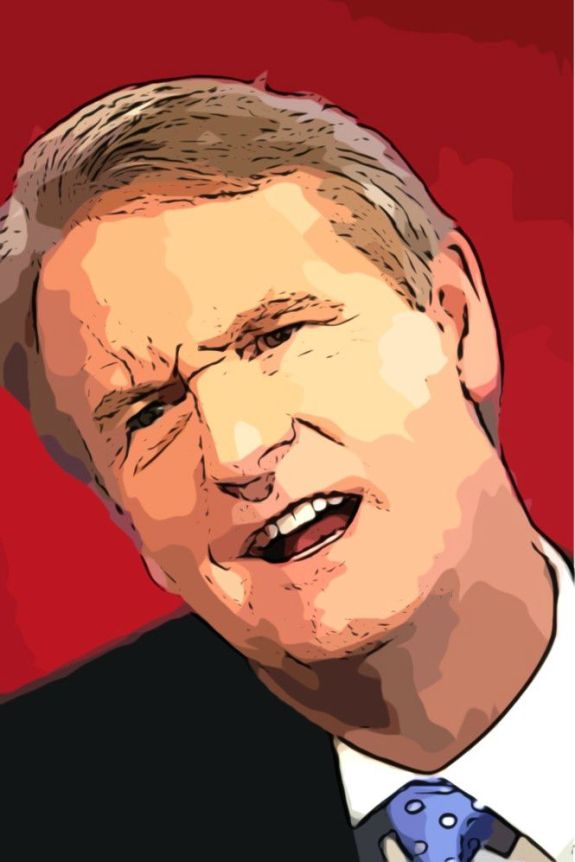 The benefit, airing tonight is featuring performances by Bon Jovi, Bruce Springsteen, Sting, Christina Aguilera and Billy Joel, among others, but “Fox and Friends” thinks something is rotten in New Amsterdam, because the concert is airing so close to the presidential election.

“Good intention, raise some money for victims, but the timing is more than suspect,” guest host Eric Bolling said. “Is this more political? Is this more, let’s get this thing on TV before the election to help President Obama look more presidential? Or is it more to help out victims?”

“It does look like they’re trying to squeeze it in,” Steve Doocy agreed, pointing out for his audience that Bon Jovi and Bruce Springsteen are avowed Obama supporters, while of course conveniently forgetting they’re also both from New Jersey; too much thinking for Doocy apparently makes his brain hurt.

“Is it a hurricane benefit or a concert for Obama?” he asked. “Where are the conservative performers? How’s NBC going to control what people say?”

Yeah Steve, where are the conservative performers, like Ted Nugent and Hank Williams Jr.? Doocy’s proven once again he’s a douche and a moron all at the same time. Seventy four people are dead, and more than three million in 15 states remain without power, but a benefit concert being held in the same week after “Frankenstorm” slams the area is suspiciously political.  Once again, Steve Doocy is a douche and a moron.

Former ABC Monday Night Football songster and has been country star Hank Williams Junior’s apparently at it again repeating his anti-Obama tirade during a performance over the weekend bloviating, “We’ve got a Muslim for a President who hates cowboys, hates cowgirls, hates fishing, hates farming, loves gays, and we hate him.” According to the Dallas Sun, the crowd responded – big surprise – with a loud cheer. 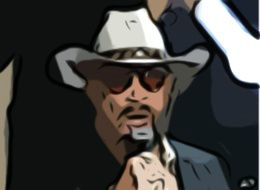 Along with washed up rocker – and Vietnam War draft dodger – Ted Nugent, they’ve become the faces of the modern Republican Tea Party (GOTP), something to really be proud of. The party of Reagan has become the party of white racist homophobes – just another reason why I’m a Democrat.

O’Reilly Decries Use of “Nazis in Analogies” — But He Uses Them All the Time?

Media Matters is pointing out typical FOX PAC hypocrisy after Bill O’Reilly discussed the recent uproar over Hank Williams Jr. invoking Adolf Hitler while criticizing President Obama; O’Reilly said that it’s “always bad to use Nazis in analogies.” But O’Reilly himself has a long history of using Nazi analogies.

“He was trying to make an analogy, and [it’s] always bad to use Nazis in analogies — you don’t do this. And he basically said, look, if you get guys together like President Obama and Speaker [John] Boehner it’d be like Hitler playing golf with [Benjamin] Netanyahu,” he said.

“I’m of two minds. It’s dumb to bring Hitler up, you’re absolutely right. Can’t do that in this PC society. But what he said, it isn’t — he isn’t comparing Obama to Hitler. He’s comparing the situation, the strange bedfellows. He’s not saying Obama’s Hitler. Williams isn’t saying that. I mean, I’m just trying to be fair here, OK. But it doesn’t matter, I guess.”

OK, whatever Bill; the only man Williams could find to use in his analogy was Adolph Hitler? No, he meant to compare the President to Hitler, this isn’t some “honest mistake” it was a white red neck comparing the first Black President to the Nazi Dictator.

But even though O’Reilly claims using Nazi analogies is not smart he’s done it a number of times.

On his 2 Mar 2010 program O’Reilly claimed that liberals who support gun control are “today’s totalitarians.” He added that in the past, people like “Hitler and Mussolini” held such positions in favor of “state control.”

In his 16 Jul 2009, syndicated column, O’Reilly wrote, “The far left is trying to create a huge federal apparatus that will promote income redistribution and ‘social justice.’ Also, the left sees a major opportunity to knock out Judeo-Christian traditions, replacing them with a secular philosophy.

“In order to accomplish this, the left-wing media is marginalizing people like Sarah Palin who oppose the strategy. Under the guise of hard news reporting, the media is pushing rank propaganda on the citizenry. Dr. Joseph Goebbels, the Nazi propaganda minister, successfully developed this tactic in the 1930’s.”

On his 10 Mar 2008 program O’Reilly said, “And I said that these tactics that are being used on this website, The Huffington Post, are the same exact tactics that the Nazis used in the late ’20s and early ’30s to demonize certain groups of people, so it would become easier for them, the Nazis, when they took power, to hurt those people.”

On his 16 Jul 2007 program he said that the Daily Kos is “like the Ku Klux Klan. It’s like the Nazi party. There’s no difference here.”

So, oh yes, it’s “always bad to use Nazis in analogies” unless of course you’re Bill O’Reilly.

So, Hank Williams Jr., the country singer whose hit song “All My Rowdy Friends Are Coming Over Monday Night” has served as the intro to “Monday Night Football” for 23 seasons, has been benched after having compared President Barack Obama to Adolf Hitler during a Monday morning appearance on “Fox and Friends.”

On FOX and Friends, why is this not surprising? Just perfect, another white redneck comparing America’s first Black President to Adolf Hitler

It seems, that during no doubt a very in depth political discussion with the brain trust of FOX’s morning crew, Hank began discussing the President’s golf outing with Republican Tea Party (GOTP) Speaker of the House John Boehner this past summer; Williams said it was a political mistake, on par with “Hitler playing golf with [Israeli Prime Minister Benjamin] Netanyahu.”

Of course the Hitler comparison wasn’t the only issue with the interview; Hank doesn’t seem very lucid throughout the segment, stumbling over his words and at one point declaring President Obama and Vice President Joe Biden to be “the Three Stooges.” Even Steve Doocy figured there was something amiss there when he pointed out, “That’s only two”.

But, because his on air appearance wasn’t enough, Williams released a statement later explaining he was “misunderstood.”

“Some of us have strong opinions and are often misunderstood. My analogy was extreme — but it was to make a point. I was simply trying to explain how stupid it seemed to me – how ludicrous that pairing was.

“They’re polar opposites and it made no sense. They don’t see eye-to-eye and never will. I have always respected the office of the President.”

No doubt his moonshine and beer soaked Brain Captain wanted to continue the conversation with something like, “I mean, it’s like Mary Ann and Ginger, what’s up with that?”

So, in today’s right wing uber-conservative world when you want to say, “Why would Boehner go golfing with the President, they’re polar opposites and it makes no sense; they don’t see eye-to-eye and never will;” you actually say, “The two of them playing golf together was a political mistake, on par with Hitler playing golf with [Israeli Prime Minister Benjamin] Netanyahu.”?

Of course after comparing the President to the most despised despot of the modern era it always helps to say, “I have always respected the office of the President.” But one can only imagine what the dangling unsaid finale to that sentence was, probably something like, “It’s just this boy I don’t respect.”

The Dixie Chicks were skewered for speaking out against the actions of Bush/Cheney, Hank should be similarly skewered; of course it doesn’t mean the end for this good old boy, he can always go on Hannity alongside Ted Nugent, or perform a set or two with Huckabee; FOX is always looking to headline this kind of performer.