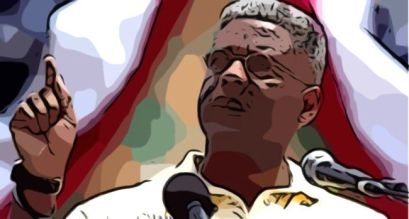 West (Kurtz) says Willard needs to fill the holes in his own resume with a running mate, especially a G.I. Joe type, All-American like himself?

“I think that whoever Governor Romney is as a presidential candidate, he has to do his own self-assessment, self-analysis and understand ‘where are my weaknesses,'” Kurtz (West) preached. “Therefore, the person that I have running with me as my ‘fox-hole buddy,’ if I want to put it in military terms, they have to be someone that shores up where I see my weakness are so we can be a really strong command team, leadership team.”

Reportedly, West (Kurtz) laughed when a student asked him to weigh in on a potential GOP vice presidential candidate, but then warmed to the subject of essentially nominating himself.

“Oh man, there are cameras on here,” Kurtz (West) said. The congressman then went on to tamp down any speculation that he himself was ever a potential pick. “I was never being considered,” he said (until I threw my own hat into the ring right now!).

Of course, the last person Romney – or any other GOTP nominee – needs on the ticket with them is a former military officer forced into retirement after discharging his weapon next to the head of a prisoner he had just told he was going to execute. West (Kurtz) is a loaded mouth waiting to discharge.