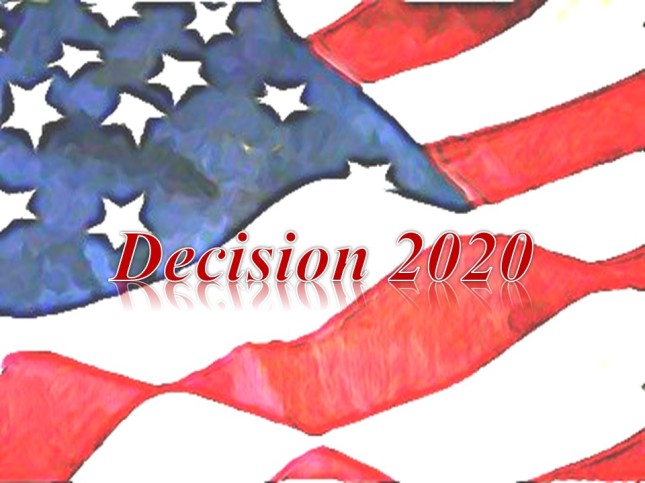 Three states have voted, leaving 47 more to go, plus territories, but to continue hearing Bernie Sanders and his supporters it is all over and Joe Biden, and everyone else should drop out. Moving towards March, the DOW has had one of its largest single day drops in history, Nancy Pelosi is still the Speaker, and Trump remains forever impeached.

So, where are things as we move to the southeast and South Carolina?

In the delegate count, needing 1,991 to win the candidacy, following Nevada, the results are as follows:

In the popular vote totals:

In national polling, Bernie Sanders continues to hold the lead for the Democratic Party nomination.

The CBS News/YouGov poll, conducted 20-22 February 2020, of 10,000 registered voters places the current rankings as such:

The latest ABC News/Washington Post poll, conducted 14-17 February 2020, of 1,066 adults places the current rankings as such: 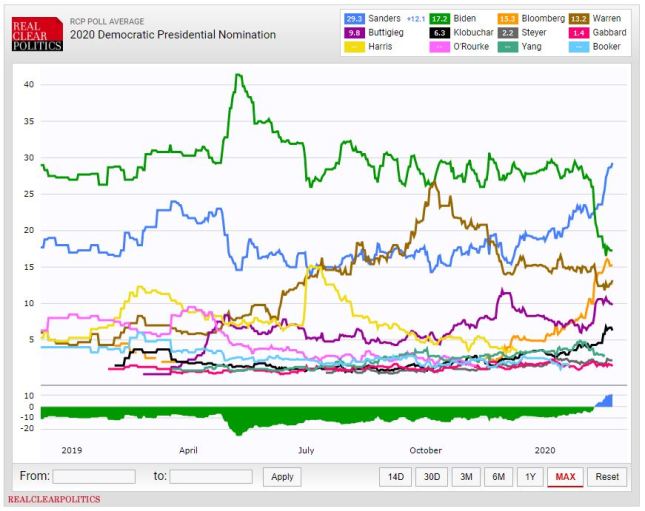 Moving into the South Carolina Primary, the current polling stands as: 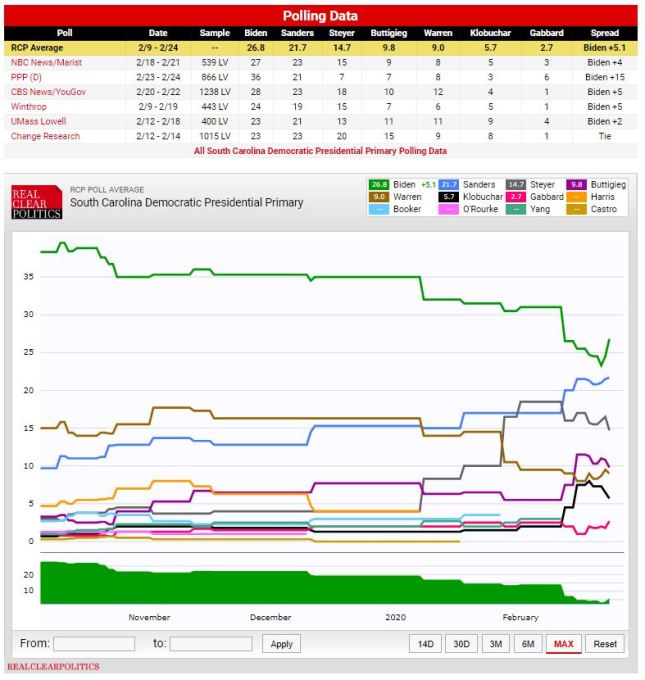 As far as the national race for the White House is concerned, according to recent polling data available, if the election was today, odds are Joe Biden or Bernie Sanders would be the 46th President of the United States. Trump, who forever remains the third impeached president in U.S. history, will still go down as one of the most morose and decadent persons to ever sit in the Oval Office. 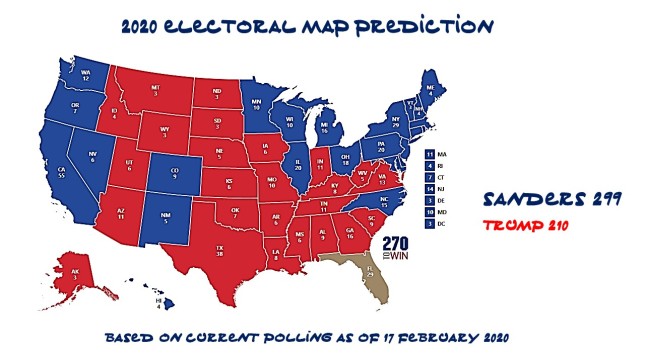 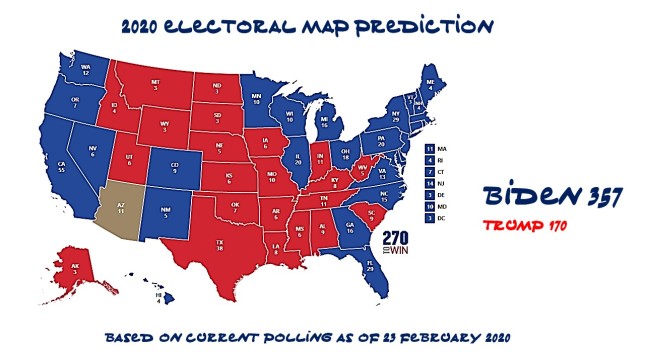