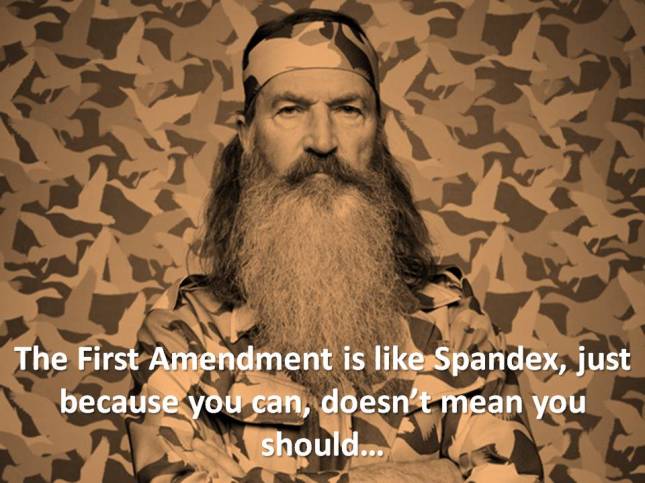 Posted by PEB on December 28, 2013 in Constitution, First Amendment 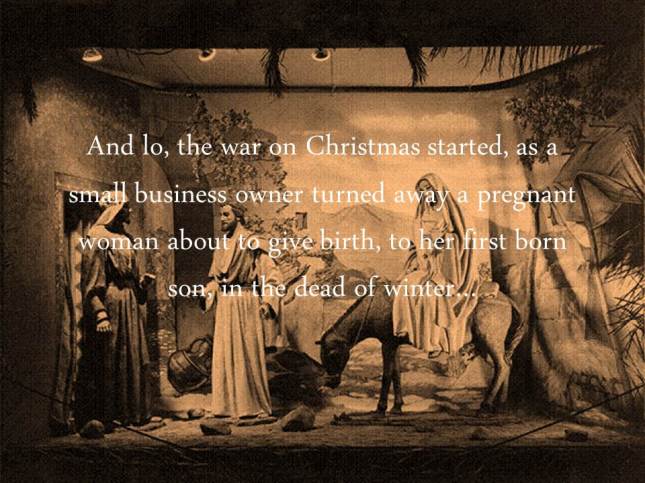 You know, the poor Inn Keeper always gets this bum rap, after all, the Inn Keeper was a small business owner who probably had to lay people off because of the new Caesarcare Health Law, and the paralyzing increase in minimum wage…thus he no doubt claimed later – once he knew who was born in his stable – that he couldn’t afford to show any charity.

Of course wanting to be thought of as a good capitalist, and not wanting to encourage laziness, when he heard about the gold, frankincense and myrrh he probably tried to charge Joseph full rates for a room.

And don’t even get me started about how irate he might have become when he learned about the baby being conceived out of wedlock – “just more welfare queens in chariots” he probably muttered.

McCain lost in 08’ because of the economy?

According to the Associated Press (AP), Vice President Joe Biden has said Republican Tea Party (GOTP) 2008 Presidential footnote John McCain probably would have won the White House had the economy not collapsed.

The Vice President shared his comment about the 2008 election during a dinner the two attended as part of a political forum in Sedona, Arizona.

“The truth of the matter is, Barack knows it, I know, had the economy not collapsed around your ears, John, in the middle of literally – as things were moving – I think you probably would have won,” the Vice President said. “But it would have been incredibly, incredibly, incredibly close. You inherited a really difficult time.”

Well, no, not really. I’m sorry to disagree with the Vice President, but the economy was only one big factor in a room full of big factors as to why he lost.

Any GOTP nominee following the Bush/Cheney debacle would have been very hard pressed to win the 2008 election; between failing to protect Americans from terrorist, failing to get Bin Laden, two very expensive and increasingly unpopular wars (one of which was based on lies), torturing prisoners, and cutting taxes – during a time of war – no one would have looked good from the right.

Then there was how the two candidates looked, McCain looked grumpy, old and stodgy when compared to his opponent’s campaign of hope, youth and vitality. The debate where the two are walking around the stage as they were answering questions was a public relations visual nightmare for McCain (http://www.youtube.com/watch?v=6f4xWorprhM). He seemed to shuffle around the stage, looking like the cantankerous neighbor from down the street who mutters to himself as he goes by; while in comparison Senator Obama moved with ease around the platform speaking energetically about the future. McCain’s campaign should never have agreed to that format.

And who can forget that magic moment when Senator McCain decided the best person for the job of Vice-President was the obtuse Governor of Alaska? Really, Sarah Palin was your choice from all of the people you looked at? Palin wasn’t just a disaster she was a mega-disaster of epic political proportions. Clearly unvetted, she brought a new level of self absorbed ridiculousness to presidential politics. Unable to answer even the simplest questions from Katie Couric she quickly became the butt of all of late night television, and she took McCain’s campaign right along with her. His pick of Palin wasn’t smart, it wasn’t clever, it was a thinly veiled attempt to draw what his campaign thought were disenfranchised women voters from the Obama/Biden ticket; voters the GOTP felt were so angry Hillary Clinton hadn’t been given the number two slot they’d vote against the Democratic nominee. Yeah, didn’t quite work out that way. Tina Fey thanks you though.

While the economy was a factor, it wasn’t the only factor. John McCain was the sacrificial lamb of 2008, just as Gerald Ford was in 76’ and Bob Dole was the same in 96’. Sometimes the cards are stacked against you, and sometimes you help the dealer stack them, for McCain it was both.

Hannity’s television audience has fallen to half since President’s re-election?

The New York Daily News has reported Nielsen – the company responsible for gathering and releasing data regarding television-viewers’ viewing habits – is showing, in its figures for the fourth-quarter of 2012, that FOX News’ little leprechaun Sean Hannity’s television program has lost almost half of its audience since President Obama pummeled Mitt Romney in the general election in November.

Why have so many viewers stopped watching Hannity? Because he’s a schmuck who spent the entire summer and fall predicting – unsuccessfully – how the President was going to lose to Romney and lose big. When things didn’t quite work out that way, Hannity and his usual gang of political misfits (Dick Morris, Ann Coulter, Karl Rove, and Sarah Palin to name a few) looked obtuse and incredibly out of touch with the smallest shred of political reality. Anyone willing to look objectively at the polling data knew Romney was going to lose, anyone, except for Hannity and crew.

Hannity isn’t losing his audience simply because he blew political chunks where the election was concerned, he’s losing it because of his incessant whining, moaning and complaining about everything the President does. He’s losing it because of the company he keeps agreeing with Ann Coulter’s one thing (as bad as that is), but setting up house with the likes of Ted Nugent? Hannity’s become a hateful little man, with an annoying little whiny voice and if his ratings continue to slide at the current rate the nation will soon be blessed without his program. Perhaps FOX News will continue chopping heads, and Sean’s will be next; first Palin, then Morris and next Hannity? One can only hope.

Posted by PEB on February 6, 2013 in Right Wing Crazies

“He was shell-shocked,” one adviser reportedly told CBS News.

Clearly Willard and his staff were caught unprepared because they’d chosen to ignore polling showing swing state races favoring the President. Instead, according to CBS News, they foolishly relied upon their own so-called “unskewed” internal polling, which plainly were not only wrong, but wildly wrong and completely skewed.

Anyone honestly assessing the election knew Romney was never going to win, and for months I’ve predicted the election’s outcome up to and including the morning of election day; this is not rocket science, you simply have to be willing to evaluate the polling data honestly.

CBS News reported as it became clear Willard had lost the race and had to concede, his personal assistant, Garrett Jackson, called his counterpart in the Obama campaign, Marvin Nicholson, to connect the two men.

Meanwhile back at the ranch Timmy’s fallen down the well again and conservatives across the nation are in panic mode, mourning for their country as President Obama prepares for the next four years; Glenn Beck’s imploring his faithful listeners to move to the country with “like minded” people and to buy guns and ammunition because America’s “driving the righteous out” and “deserves to be destroyed”; Donald Trump’s calling for “revolution” while Sarah Palin’s “perplexed” and Rush Limbaugh’s “confused” as to how this happened.

It happened because your candidate sucked, and your party’s out of touch with reality. You sit in your bubbles watching FOX News and salivating over Rasmussen polling data totally ignoring all that’s going on around you. If the GOTP’s ever to become the GOP again it needs to pull its collective heads out of its fourth point of contact and look around, otherwise it’s destined to some day, in the not so distant future, to go the way of the Wig Party. 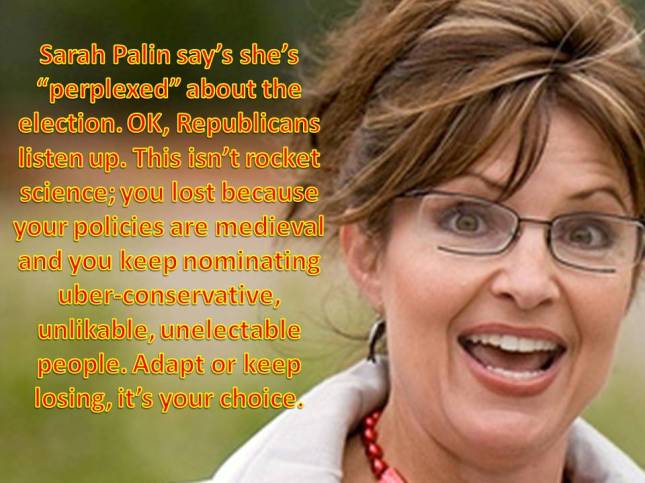 Of course, on any given day hot buttered toast can be perplexing for Sarah.

Just seven short days to go until the November election and while the Mid-Atlantic and Northeast is busy dealing with Hurricane Sandy – aka “Frankenstorm”, Republican Tea Party (GOTP) presidential footnote Willard Mitt Romney’s doubling down on his lies and misinformation, attempting to persuade voters in Ohio with new ads claiming it was he who saved the auto industry, and that President Obama’s shipping Jeep jobs to China. If you’ve ever wondered how far someone would go to win the presidency you now have a very real text book example in Romney; he’s willing to say anything, do anything in order to get elected.

So, how does the GOTP candidate stand up against the President this week?

The  NPR poll of likely voters conducted from 23 – 25 Oct 12 has the President and Romney tied with a 51% favorability rating, but, who’s more electable right now?

In the most recent viable’ national poll(s) – which are any group other than WeAskAmerica or Rasmussen (which are generally always skewed not just to the right, but far to the right – usually by five or more points) or ARG (which only polls landline phone numbers, thus eliminating a huge portion of the liberal electorate) – the most recent Pew Research poll of likely voters conducted from 24 – 28 Oct 12, if the general election was held today:

According to other recent polls, if the general election was held today …

Meanwhile in the Gallup – anomaly – Tracking poll of likely voters conducted from 25 – 28 Oct 12:

So, if the general election was held today, according to the latest national polls – counting the anomalous Gallup Poll – it appears Willard Mitt Romney edges out the President Obama in the general election 47.8/47.2; however – excluding the anomalous Gallup Poll – the opposite is found with the President edging out Romney 47.5/47.

According to the simulations President Obama has an 80% chance of winning compared with Romney’s 20%.

The simulations use cumulative polling data by state and are not based off of national polling data.

According to polling data available if the election was held today the Democratic Party would retain its majority in the United States Senate 55/45; while Democrats will be  picking up at least 13 seats in the House of Representatives, the GOTP would retain control of the lower House, but just barely at 234/201. 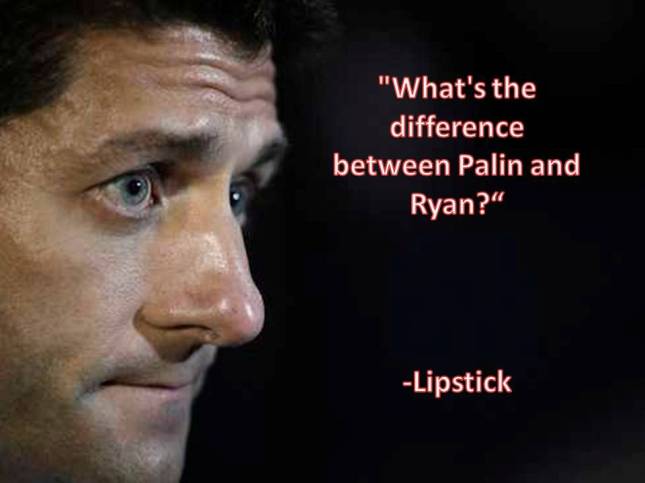 Republican Tea Party (GOTP) has been Sarah Palin is criticizing President Obama for his handling of the Benghazi attack posting a Facebook message attacking him for his “shuck and jive,” a phrase with obvious racial connotations to anyone with half a brain. 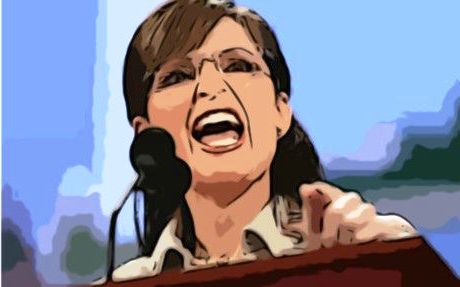 “Why the lies? Why the cover up?” she mews. “Why the dissembling about the cause of the murder of our ambassador on the anniversary of the worst terrorist attacks on American soil? We deserve answers to this. President Obama’s shuck and jive shtick with these Benghazi lies must end.”

Of course the phrase, “shuck and jive” caught more attention than Palin’s pathetic message, and it didn’t take long for Twitter to blow up with criticism over her choice of words.

Washington Post reporter Erik Wemple said the etymology of the phrase, via the Online Etymology Dictionary: “[B]lack slaves sang and shouted gleefully during corn-shucking season, and this behavior, along with lying and teasing, became a part of the protective and evasive behavior normally adopted towards white people in ‘traditional’ race relations.”

Palin’s current stick appears to be insulting the President on a semi-regular basis, telling him last month to grow a “big stick”, but she’s also accused her critics of committing a “blood libel,” last January.

Palin’s an idiot. She’s not particularly bright and her political bona fides are next to nonexistent since she’s never completed a single elected term of office. She was a joke as mayor, a joke as governor and a joke as a vice presidential nominee, but she’s even more of a joke as so-called political pundit – it’s time for her to go away.